I had a Bento box on the train from Hiroshima to Hakata in March, 2014

As the train left Hiroshima behind, still almost two hours before it arrived in Hakata, I got settled in my seat, got my bento box and a can of beer out of my bag. A bento box containing oysters, a Hiroshima specialty. It smelled delicious, tasted even better. 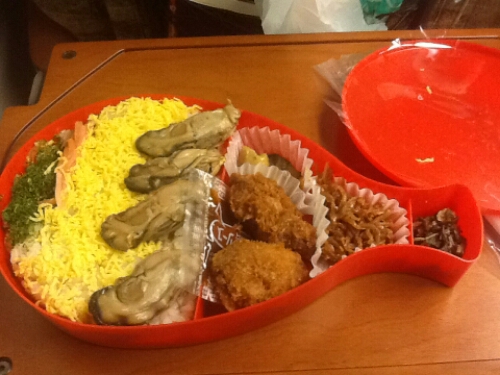 I looked out the window as I ate. We were leaving urban areas, reaching the countryside. Still a few factories could be seen in the distance, but rice fields dominated the land around the tracks. Every now and then a small, village, more often a small cemetery, seemingly placed at random along the track. Some were close to villages, others in the middle of nowhere. Sometimes you could pass two or three in a few minutes, then wait for ages for the next one.

I finished my beer, opened a new one. The food was fantastic. The oysters so tasty. I finished every last bit of rice, wishing there was more. 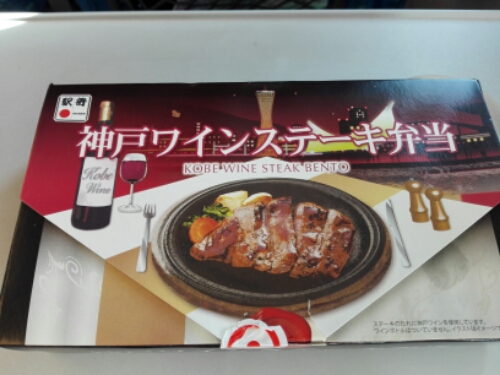 Bento boxes are the pre-packed meals of Japan. Either home-made or store-bought they usually contain fish or meat, along with rice and vegetables, pickled or cooked. They are a very tasty, and usually healthy meal to eat on the go. 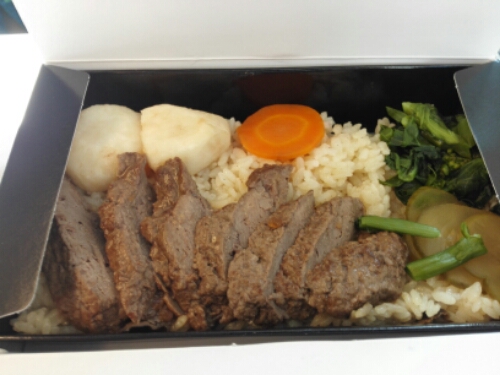 Every railway station in Japan has a store selling bento boxes. Bento boxes has been a popular meal enjoyed by train travellers for a long time, the first ekibento (train station bento) was sold at Utsunomiya Station in 1886.

As we got closer to Fukuoka we once again were riding through urban areas. Building after building, all the way up to the tracks. Balconies and hallways were only a few meters away as we sped past. 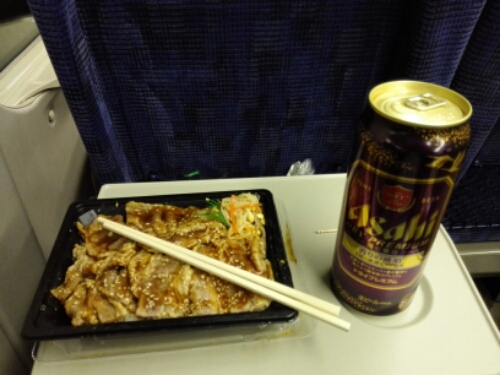 A train attendant came along to pick up our trash, I handed over my empty bento box and beer cans. As the train slowed to a halt at JR Hakata Station I got up, got my bag, walked outside. Outside the station I found a taxi to take me to my hotel.