I visited Fukuoka Castle in March, 2014

I was on my way to Ohori Park in Fukuoka, I had been recommended a visit from someone I met the night before. It was a long walk from my hotel, I had stopped at a café about halfway there. Now I was getting closer.

I noticed a sign to Fukuoka Castle, it looked like it would be a little detour, but I had plenty of time. I decided to check it out. Ohori park lay to the right of me, I took the road to the left, up to the castle. 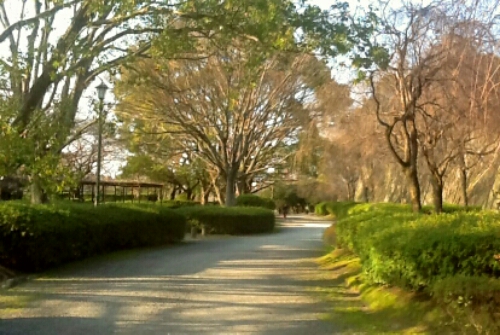 The Road to the Castle

There wasn’t much left of the castle, it was more of a ruin really. A few gates, walls, overgrown with grass, the ruins of a tower. I took the road leading up to the top of the wall, hoping there was something to see there. 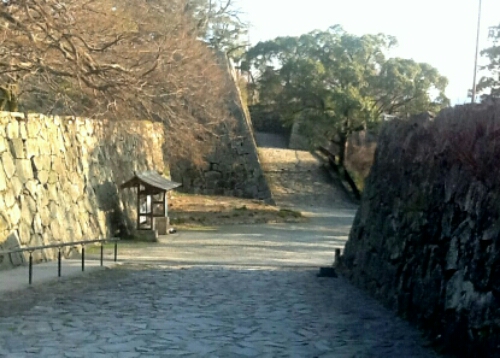 Construction on Fukuoka Castle was started by Lord Kuroda Nagamasa in 1601. When the castle was completed in 1607 it covered an area of 47.000 meters and contained 47 towers and turrets. Today only some of these turrets are still standing, along with some walls and gates. In 1947 the castle was declared a historic site by the Japanese government. 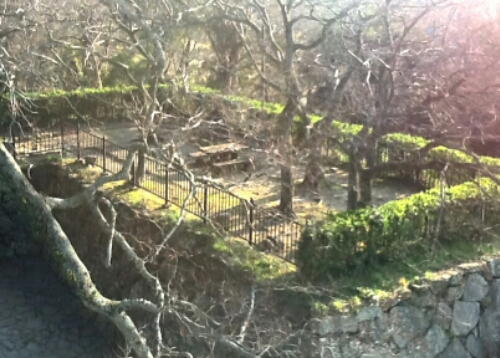 Part of the ruins

There isn’t much left of the castle to look at now, but the view over Fukuoka from the top is nice. You can see the city stretching out for miles, and planes either taking off or landing at Fukuoka Airport passing over the city at regular intervals. I stood there for quite some time just taking in the view. I did not have many days in Fukuoka, not enough time to really get to know the city. At least now I got to see it all. 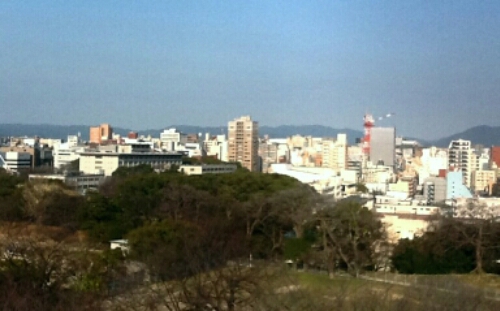 I spent about ten minutes taking in the view. There was also a park surrounding the castle, Maizuru Park, home to several sports facilities. Some kids were playing baseball on one of the baseball diamonds. The soccer field was empty. 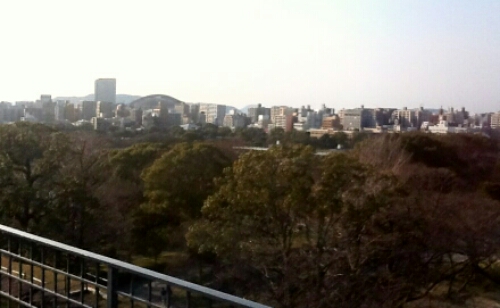 There wasn’t much more to see really, a great view of Fukuoka from the top of a ruined castle. I headed down from the tower, passed the old walls, the ruins of old gates, down to the road, then in the direction of Ohori Park.