I visited Ohori Park in Fukuoka in March, 2014

At first it didn’t seem too special. A large open field, some kids playing baseball. Groups of friends sitting and talking, drinking. The road went over a small hill, I followed the road. 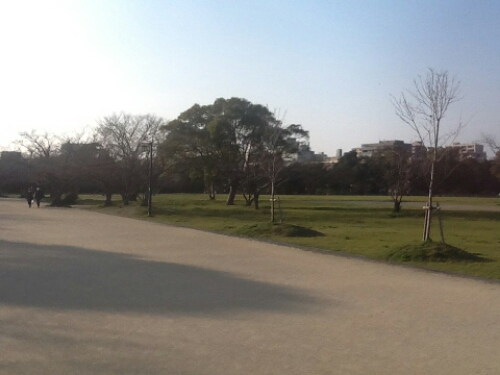 On my way to Ohori Park 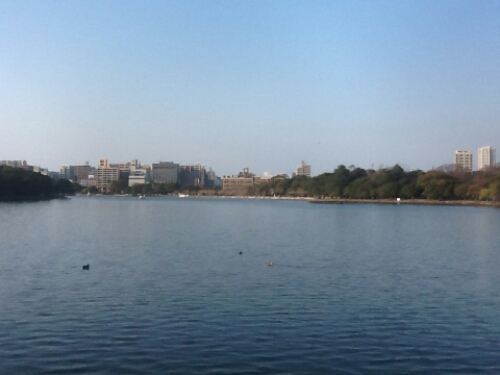 The lake with Fukuoka in the background

As I came over the hill I could see why Ohori park was considered beautiful, why I’d been told to visit. I hadn’t really seen the park so far, most of the park lay on the other side of the hill. I stopped to take in the view.

The night before I was sitting in an Irish bar in the Hakata area, talking with one of the bartenders. He had lived a year in New Zealand. His English was not too bad. Better than most Japanese. We could have a more meaningful and deeper conversation. Before I left I asked him what I should do on my two days in Fukuoka. The first thing he mentioned was Ohori Park. 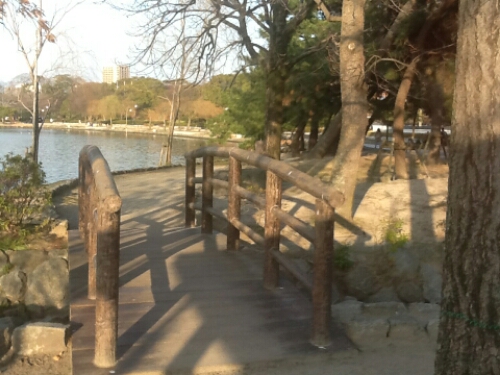 A path through the trees

I started walking along the road following the waterfront. The road curved away from the water for a while, a grove of trees seperating the road from the lake. I took a small path through the trees, left the paved roads. 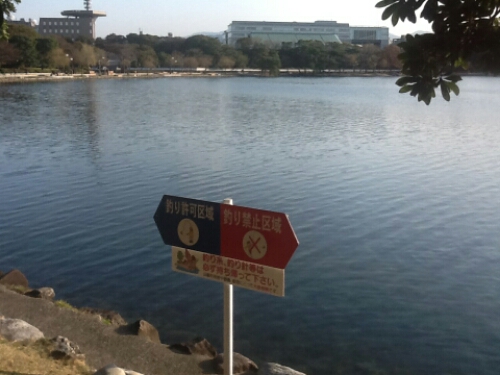 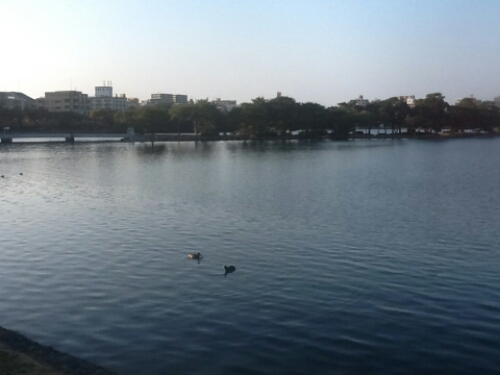 The path across the lake

The lake in Ohori Park is really big, walking around it would take close to 45 minutes I reckoned, and that was if I walked fast, something I had not done so far. As I came to the bridge leading to the first island on the path through the lake, I went for the shortcut, took the bridge, cut across the lake. 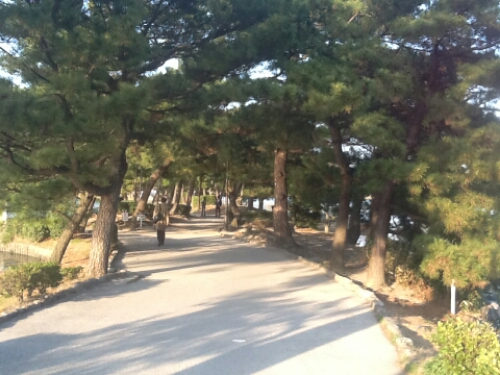 The path across the lake

Shrines were on almost every island, lining the path. People stopped, clapped, bowed. At some shrines offerings had been left. A few trees on every island, bridges connecting them. It was a scene I will never forget. So beautiful, so Japanese. Nothing like this can be found in Europe. A memory for ever. 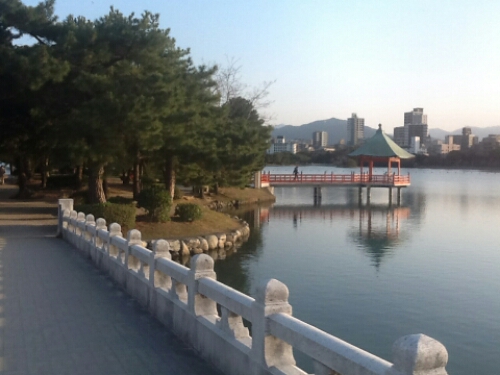 As I came across to the other side they were renting out paddle boats. I could not rent one, they are impossible to paddle alone I guess. Did not feel like it anyway. Not really my thing. I Followed the paved road back to where I had come from, finishing the circle. Almost an hour it had taken me, with stops and all. And that was taking the shortcut across the lake. 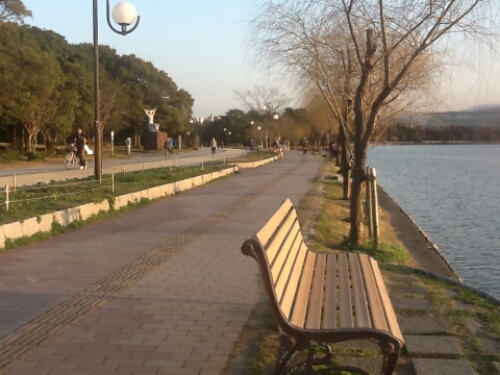 Time to sit down

I found a bench by the water, sat down, relaxed for a while. Finished a bottle of water I had in my bag, got out my travel journal. 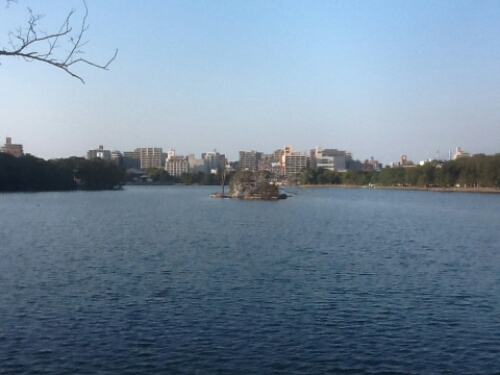 Half an hour later I left the park, found a metro station, took the subway back to Hakata Station. My hotel was just down the street.

Ohoro park is a beautiful park, the large lake the centerpoint. It should be on your bucketlist if visiting Fukuoka. It is located in the Chuo Ward in Fukuoka, just next to Ohorikoen subway station. Entrance is free. 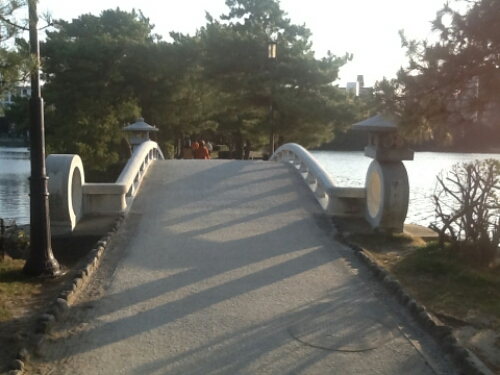 The road across the lake 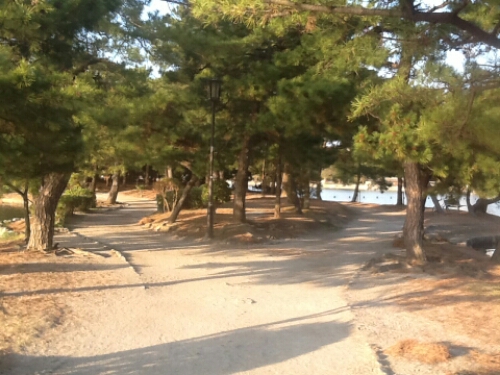 Choices to be made, which way to go?