I visited Saint-Jean-Cap-Ferrat in April 2014

It was warm, sunny, not a cloud in the sky. I walked through the streets of St. Jean. Soon the streets, the houses were gone, only nature left. Not untouched nature, a few ruins were standing here and there, remnants of old buildings, soon I found a concrete walkway following the waterfront. 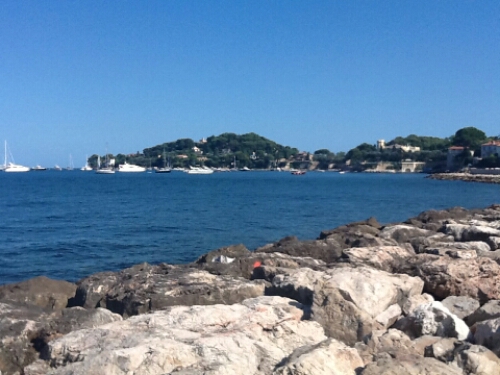 I followed the walkway along the water, the water to my left. A few other people were out walking. Families with children running around, playing, shouting. Lovers hand in hand, oblivious to everything else. Some old men were sitting by the water with their fishing rods, it didn’t look like they’d caught anything.

To my right there were fences, every now and then a gate and a trail leading up the hill. Properties for the rich I assumed. The plot of land on top of the hill would be prime real estate I guessed. Great view, big, away from the crowds. I day dreamed about owning such a property myself one day. But that won’t happen, I’d rather use the money to travel instead. With that much money I would be a nomad. 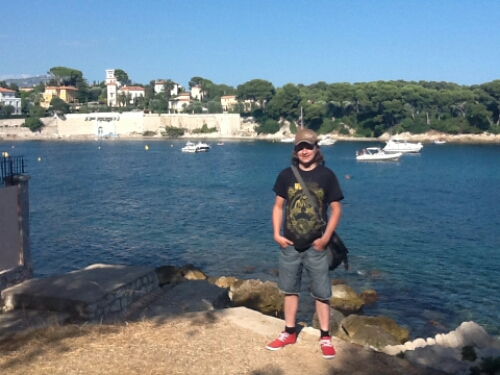 Me on the Mediterrainian Shore

Saint-Jean-Cap-Ferrat is a small fishing village just east of Nice in France, and is considered one of the pearls of the French Riviera. A bit away from the busy streets of Nice, St. Jean offers more peace and quiet, lush vegetation and several beaches. It is popular among both tourist and foreign millionaires. One of the most famous residents today is Paul Allen, co-founder of Microsoft. In 2012 the village was named the second most expensive residential location in the world, after nearby Monaco.

Yacht after yacht was lining the harbour. One boat bigger than the other. The cleaning crew was working hard. Tidying and cleaning the inside, scrubbing the outside. The owners nowhere to be seen. Do they live here? Home in their mansion now? Or were they only visiting? 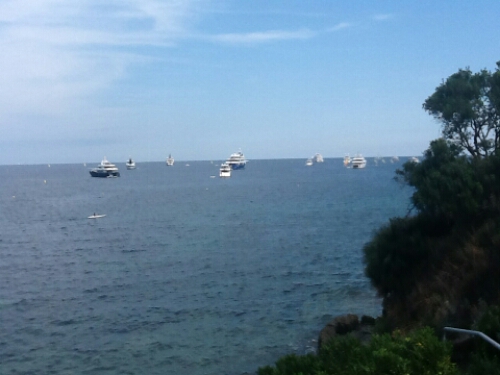 Some of the boats

The French Riviera, or Cote d’Azur, has for a long time been the playground of the rich and famous, dating back to the late 18th century when the coastline served as a winter resort for the British upper class. The biggest city on the riviera is Nice, St. Jean is less than half an hour away. Today rich people from all over the world flock to the area, as can be seen in the large numbers of yachts and mansions.

I walked along the entire harbour, looked at all the boats. The further out you came, the bigger the boats got. Boats bigger than my apartment. Even the running cost of such a boat must be massive. How much is it used? Is it mostly for show?

I found a seat at la Civette, a cafe located in St. Jean. Ordered a beer, a sandwich. My beer arrived after only a minute. I took a sip, waited for my sandwich, enjoying the sun, the heat, the view. 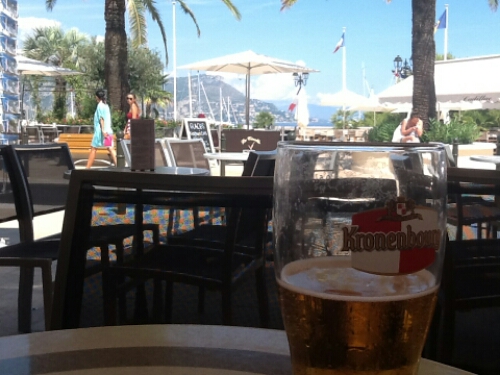 A beer at la Civette

A few tourists were walking by, a few Norwegian families. They are everywhere in Europe. Cars passing by, one nicer than the other. No old wrecks here. It clearly is the playground of the rich.

I had a great view of the bay, all the boats moored by the harbour, the mountains on the other side of the water. It is a beautiful view, seen in a beautiful town. 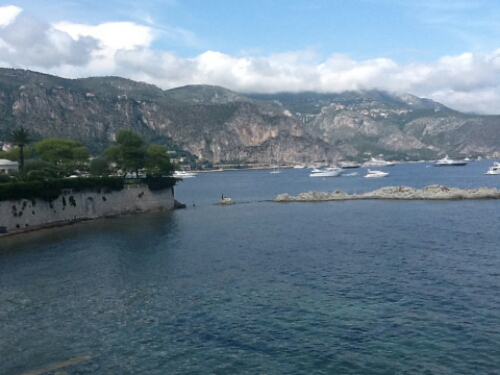 My sandwich arrives. A simple ham and cheese sandwich. It was delicious. I eat it quickly, washing it down with an ice cold Kronenbourg.

St. Jean is an old town, known to the ancient Greeks as Anao. In the eight century the town was seized by the Saracens, and used as a base for pirate operations. For centuries the town fell under different jurisdictions, until the town became French in 1860. 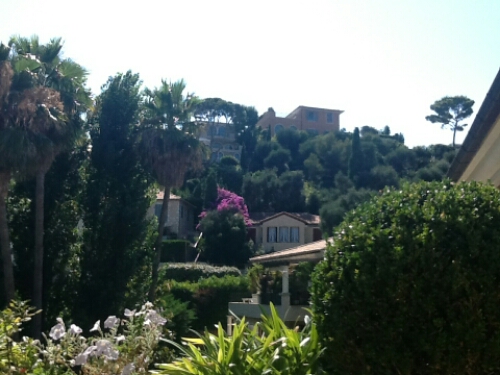 After finishing my sandwich and beer I paid, then left la Civette. Took a walk along the waterfront towards Beaulieu, the next town east.

Massive mansions were lining the walkway, large walls mostly blocking any chance of peeking inside. Mostly the road went along the water, with the buildings on the other side. Every now and then a massive brick house would stand between the road and the sea, huge mansions with big gardens. The houses looked amazing, I envied the owners. 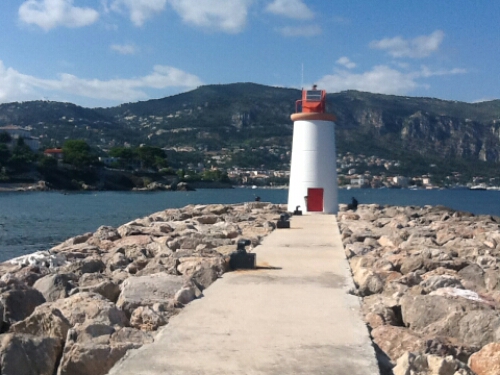 Down by the harbour

St. Jean-Cap-Ferrat, only minutes from Nice, offers some peace and quiet away from the bigger city. Very quiet during the winter, it wakes up during the summer when the tourists arrives. Its proximity to both Nice and Monaco makes it a great place to stay on the French Riviera.