I have visited Prikið in Reykjavik many times. The last time was in July 2016

I had been to Prikið many times before, dropped by for a beer and some rest on my walks through Reykjavik, but never really seen all of it. Downstairs there are only a few tables, a bar, not many seats, and looks old, worn, a bit dodgy in a way. One small unisex toilet, a huge bar. Old wodden walls, a bit uninterested bartenders. Just how I like it. It is only when you see the amount of space upstairs that you see the whole place. Many tables, another bar, a large smoking area outside. Suddenly Prikið becomes much bigger. I remember being so surprised the first time I walked upstairs. 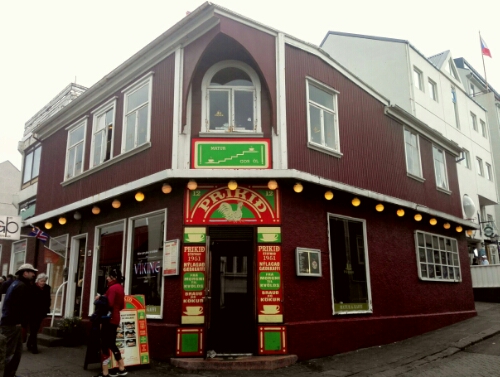 I had been recommended the breakfast at Prikið, was told it was known in Reykjavik as a breakfast place, I had to try it. It was sunday, the night of the big game against France in the European Football Championship, I needed a large breakfast to have something to keep me going all day. A big plate of bacon, eggs, sausage and baked beans. It was delicious. I finished it all very quickly, it was just so good, while watching Reykjavik get ready for the big game through the window. 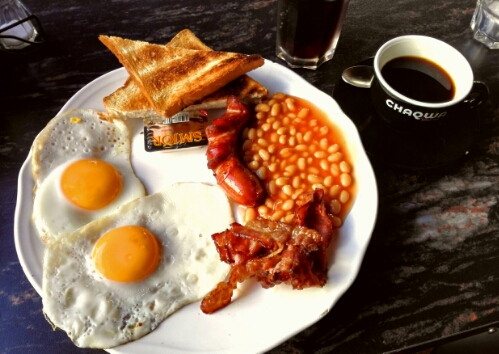 Eggs and Bacon for breakfast

Calling itself the oldest café in Reykjavik, Prikið opened in 1951, and has been in business ever since. By day it serves as a café and place to eat, mainly breakfast and burgers, while at night it becomes one of the more popular clubs in Reykjavik, often sporting DJs or Live Music. It is a place worth visiting both during the day and at night. 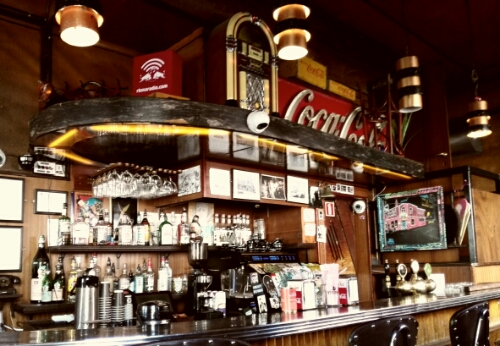 After finishing my breakfast, or should we call it lunch, I had a beer while writing some in my travel journal and just staring out the window. With large windows along its walls, Prikið is also a great place to people-watch, as it lays along Reykjavik’s main shopping street, Laugavegur. There are always people passing by outside, both locals and tourists. 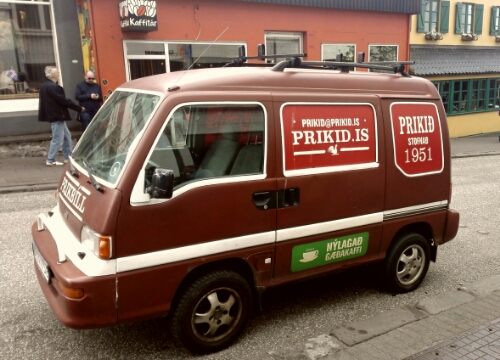 Prikið is one of my favorites places to visit in Reykjavik. The food is good, service is okay, the place is not too flashy, and it hasa great atmosphere on the weekends. If staying in Reykjavik, why not pay a visit to Prikið?