I visited Gediminas’ Castle in Vilnius in May, 2016

Gediminas’ Castle is easily spotted from near the cathedral in Vilnius, resting on top of a hill, visible in all directions. Now mostly a ruin, a small portion of it has been rebuilt or restored, the tower reconstructed in 1930 the most easily visible structure from below.

I was not really prepared for my visit to Vilnius, had not read much about the city before going, and did not know anything about the castle yet. I decided to take a look. 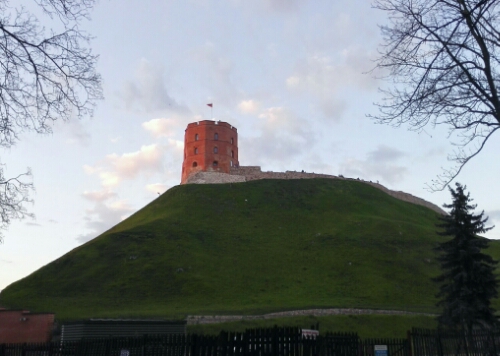 Long ago, in a time before Vilnius existed, the Grand Duke Gediminas was out on a hunting expedition. After a long chase, he finally managed to slay a taurus on top of a hill in the Sventaragis Valley. It had been a long chase, and he went to bed very tired. 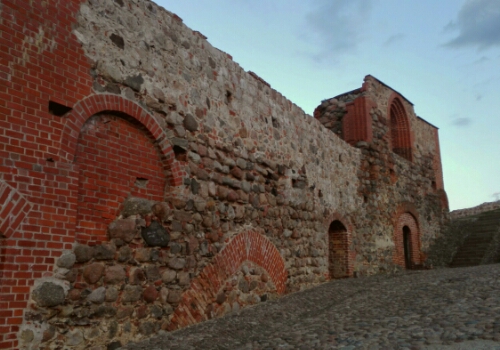 Parts of the ruins of the old castle

That night he had a peculiar dream. He was back on top of the hill where he had killed the taurus, but this time accompanied by a great iron wolf. The wolf was howling loud, very loud. Like the howling of a hundred wolfes, Gediminas thought.

Upon wakening, Gediminas consulted Mage Lizdeika, hoping he could interpret the dream. 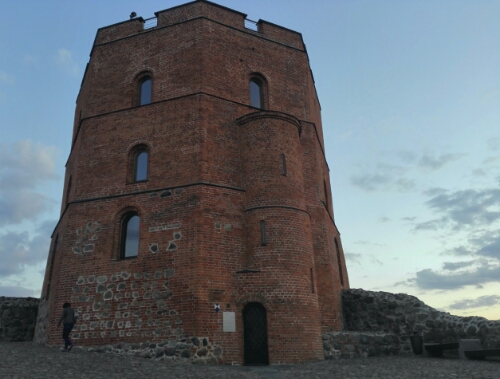 Build a city around the hill, Mage Lizdeika said. Build a city that in the future will be known across the world, and be the capital of the great country of Lithuania. And according to legend, that is how the city of Vilnius came to be.

A paved road leads up to the castle, circling the hill as it takes you to the top. Cyclists were using the hill for practise, its steepness and length making it good for interval practise. I went up the hill slowly, not wanting to tire myself too much. 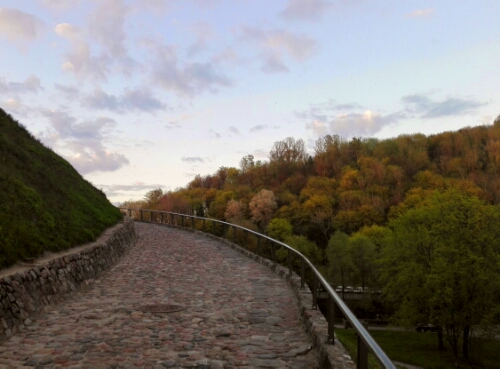 The road leading up to the castle

There is also a funicular running up the hill, in 35 seconds it can take you up the hill without having to walk. It runs from besides the National Museum. Tickets are €1 each way.

Vilnius is a beautiful city, especially from above, and words can’t do justice to the view from the castle. The sun was setting as well, creating an ever-changing view as the light changed, affecting the colors of the city. I spent most of the time at the castle just looking at the view, totally forgetting about the castle. 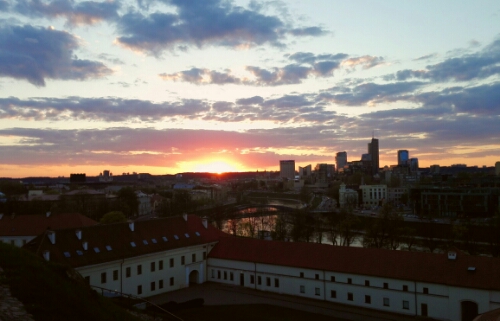 The sun sets over Vilnius

The tower in Gediminas’ Castle holds a museum, showcasing models of how the castle has looked at different times. I was visiting at night, the museum was closed and I did not return to visit later on my trip. Opening hours are 10.00 to 21.00 from April to September and 10.00 to 18.00 the rest of the year. Entrance costs €4. 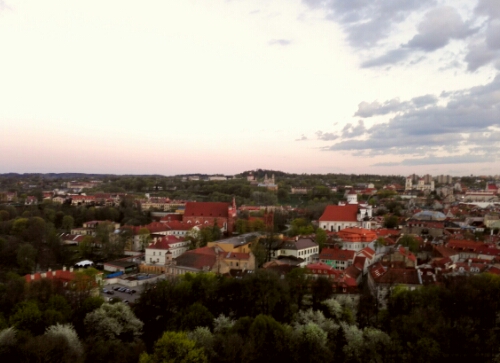 Vilnius, such a beautiful city

Looking from the castle, across the river Vilna, three crosses were easily visible, lit up, standing on top of a hill. I did not know what they were, but decided to visit the next day. From the castle I had a great view of Vilnius during sunset, if visiting the Three Crosses tomorrow, during the day, I would get a great view of Vilnius, and the castle, during daytime. I set off down the road, heading back to the streets of Vilnius in search of a bar. 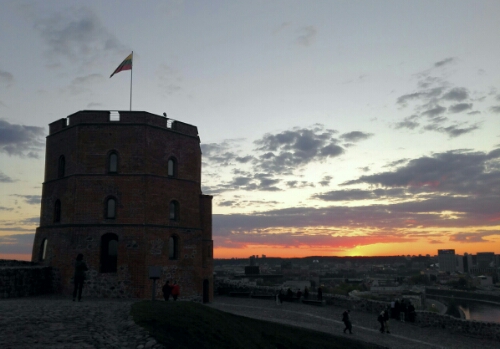 Gediminas’ Castle with Vilnius in the background