I visited the Three Crosses in Vilnius in May, 2016

Clearly I had chosen the wrong way up. A steep hill to get to the top, there were wodden stairs but many of them were broken. I had to pay attention to where I put my feet. I did not trust the woodwork. As I got to the top, I was breathing heavily, my thighs were on fire, I saw there was a road up to the top on the other side, nowhere near as steep as the stairs. 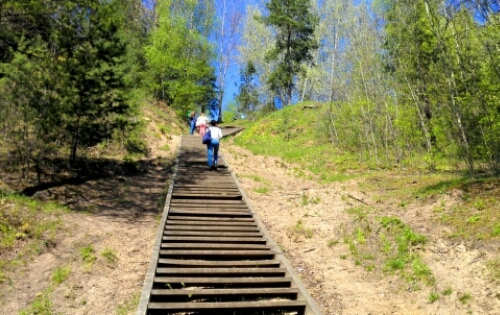 The stairs up to Three Crosses

I did not know anything about this place really, did not know what it was. I had seen it from the Gediminas’ Castle the night before, all lit up in the night. Shining on top of the hill. Three large white crosses. What did they signify, why were they here. Were they put up in memory of something?

After returning home I did some research on the monument. Three Crosses have been standing upon Bleak Hill in Vilnius since at least 1649. The crosses were raised in remembrance of the seven friars who according to legend were beheaded on top of the hill. With time the Three Crosses became a symbol of Vilnius and of Lithuania. 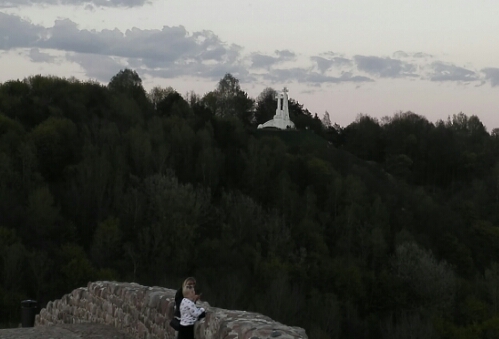 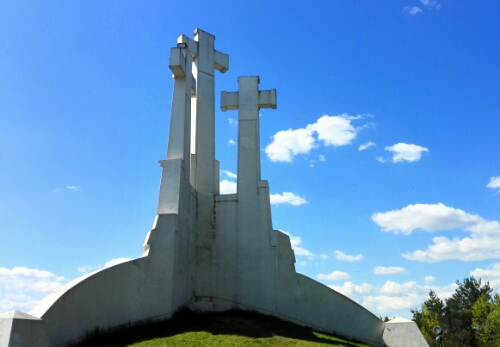 The Three Crosses in Vilnius

Reaching the top, I was breathing heavily, I got a bottle of water out from my bag, had a large sip. The three large crosses were looming in front of me. A paved walking path encircling the crosses. Several people already here, snapping pictures, looking at the view. Three Crosses, standing on Bleak Hill, has a great view of Vilnius. I had been impressed by the view from the castle the night before, I walked up to the edge to look at the view from Three Crosses. 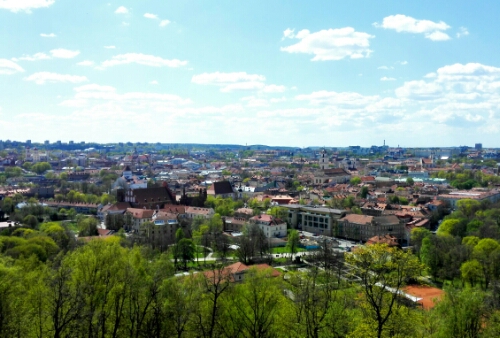 The beautiful city of Vilnius

It was a beautiful day in Vilnius, the sun was shining, blue skies. The temperature was high. The city lay bathed in the sunshine, the light reflecting from the windows, the roof tops, the cars. Vilnius is a beautiful city, which was easy to see with this view. To the left lay large, green parks, interupted by clusters of houses, an old castle. In front of me the old city, its historical buildings, many cafés, people walking around. To the right of me lay Gediminas’ Castle, bathed in sunlight, and behind the castle the newer city of Vilnius. A breathtaking view. I totally forgot how tired I was, how I had struggled to get up here. 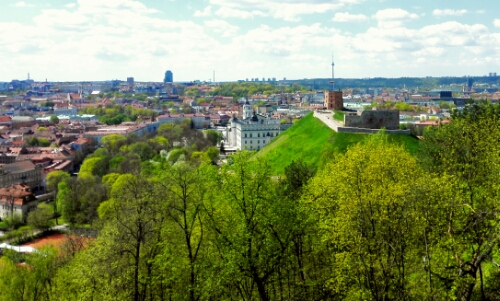 The castle with Vilnius in the background