I visited Europe Day in Vilnius in May 2016

I had arrived in Vilnius the day before, had lunch in this street, it was still open for traffic then. Today the whole street was closed off, only pedestrians allowed. Stands were set up all along one side of the road, selling food from the different European nations. The whole street smelled delicious. The street was crowded, many were out to sample some of the beer and food from all over Europe. Today was Europe Day, and tomorrow and the day after, in fact, and Vilnius was throwing a festival. 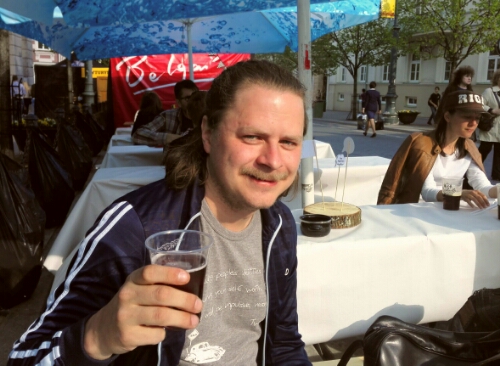 —
Europe Day is celebrated across the EU on May 9, to commemorate French Foreign Minister Robert Schuman’s speech on that day in 1950, calling for a Europe based on economic and political cooperation. Lithuania is one of the countries in the Union with the most people positive to the EU, making Europe Day a cause for a big celebration. 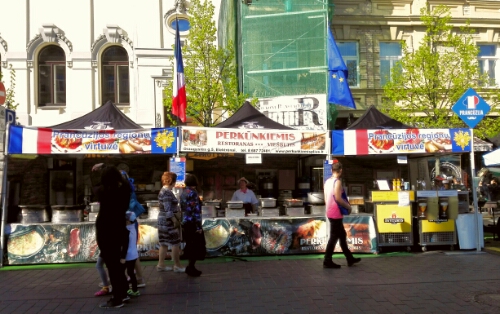 Europe Day 2016 was held on May 6-8, and included a food fair, concerts, artistic installations and demonstrations from the Red Cross and the K9 Department of Lithuanian Customs. It was held on Gedimino Prospektas (Avenue).

I was looking for a place to sit down, trying to decide on what food and beer tempted me, when a group of Hare Krishna monks stopped me. They were standing on the side of the street singing, as I passed one of the monks grabbed me, started talking to me in Lithuanian. I spoke to him in English, he simply dragged me towards another monk, a girl. I think she was the only one who spoke English. But not that good. When I finally managed to leave I had a piece of paper in my hand, an address written on it, and I thought she had told me to come for a service or something later that month. As I was leaving Vilnius in two days, I could not go. 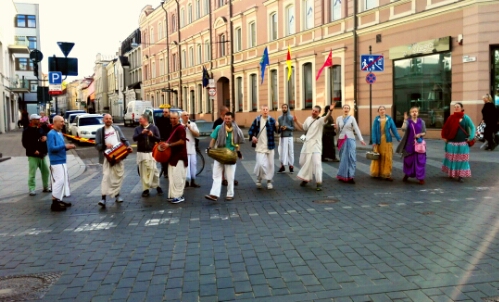 I found a seat by the Belgian food stand. Their moulles frites looked really good, and they had by far the best beer selection. It was very hot in Vilnius, blue skies, the sun really warming up the air. It was nice to sit down for a while, enjoy some food, some cold beers. Belgian fruit beer is really good in the heat. 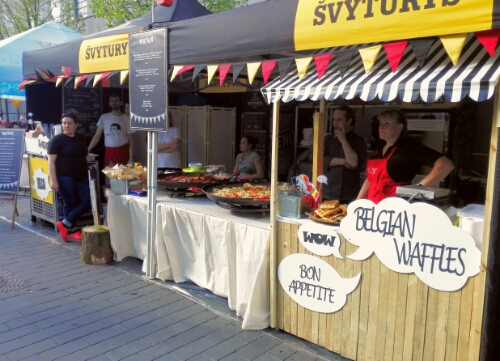 At the end of the street stood a stage, a few times during the day bands played. I watched some of them, but it wasn’t really my kind of music. I was more drawn towards the food and beer. I sampled a few more dishes, all of them really good. 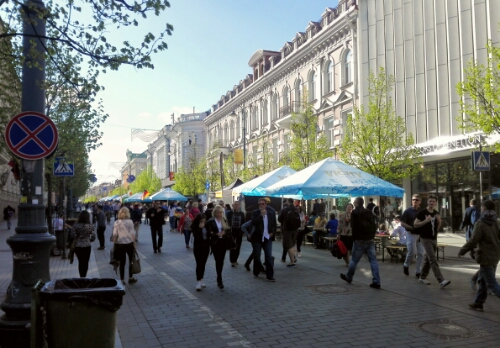 From Europe Day 2016 in Vilnius

I did not know about Europe Day when I booked my ticket to, or arrived in, Vilnius. I was simply lucky to be in the city during Europe Day, and glad I was. I got to sample food from all over Europe, I had many snacks there during my stay. Europe Day was a nice place for a break in between discovering the sights of Vilnius. It was a warm weekend, I needed to sit in the shade every now and then, have a rest with a cold beer and some good food. Europe Day was perfect for that.