I visited Užupis in Vilnius in May, 2016

It was a beautiful, sunny day, people were sitting outside at every cafe I passed. The Old City of Vilnius looked beautiful in the sunlight, the old white and light colored walls shining. My airbnb hosts had given me directions to Užupiz: Head in the direction of the river, that way (as she pointed down the street). When you cross the river you are there. 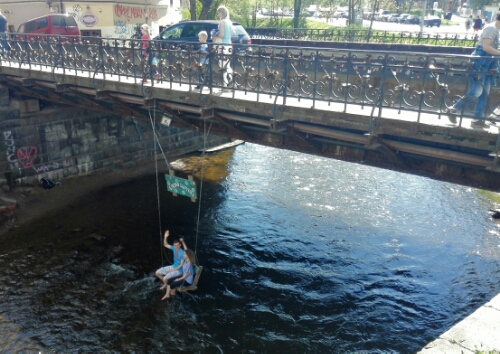 The bridge leading to Užupis

On April Fool’s day 1997, the neighboorhood of Užipis, also known as Užupio, in Vilnius declared itself an independent republic, complete with a flag, currency, president, constitution and a standing army of 12 men. Every year since, April 1 has been celebrated as Užupis day, the republic’s independence day. To this day, no governmet has recognised the republic, and whether the decleration of independence was serious or just a joke can be discussed. Lithuania has not tried to take the republic back by force, the borders are open and the two countries seem to exist happily together. 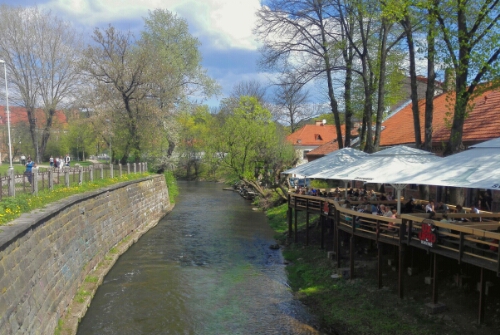 The river Vilnia with Užupis on the right 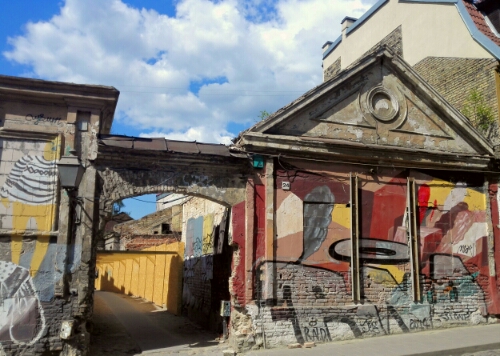 From the streets of Užupis

I arrived in Užupiz in time for lunch, but walked around a bit just to look around at first. The cobbled streets, houses with grafitti on them, small independent stores, cafes and bars. Užupiz looked like a charming neighboorhood, artistic and bohemian. A place where you could be yourself. 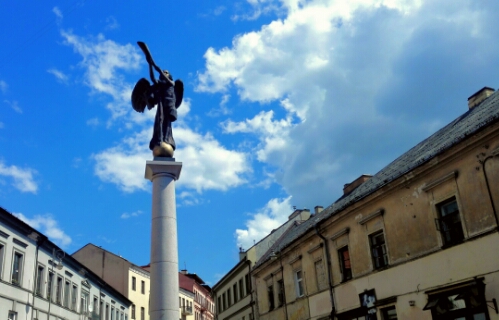 The Angel of Užupis

I found a table outside at One For All Restaurant & Bar, from where I had a great view of the Angel of Užupiz, erected in 2002, and now a famous landmark in Užupiz. A large open square, in the middle, on top of a column, an angel blowing a trumpet. I ordered a goulash soup and a beer for lunch. Sat back in the chair, enjoyed the sun, took a look at the LPs I had bought earlier that day, as I waited for my food to arrive. 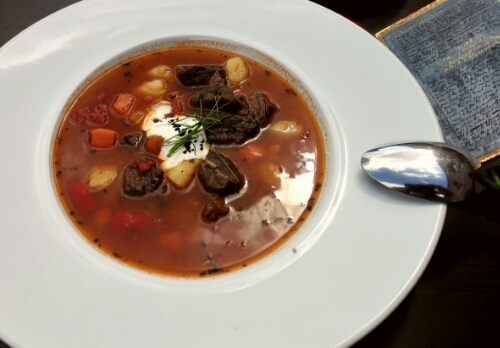 After eating I took another stroll through Užupiz, no plan in mind, just walking around, choosing streets at random. I ended up in a park, one of many in Vilnius. This one more like a forest, not tended, large trees everywhere. 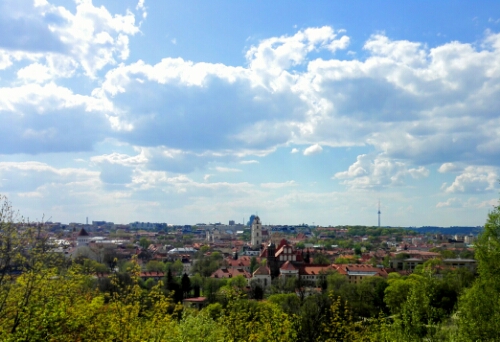 View of Vilnius from the park

I followed a path through the park, up a hill. A large open space lay on top of the hill, a grassy knoll. From the top another great view of Vilnius. I had already seen Vilnius from the castle and Three Crosses. Here was yet another great view. What a beautiful city Vilnius is. Old and charming, with lots of open green spaces. 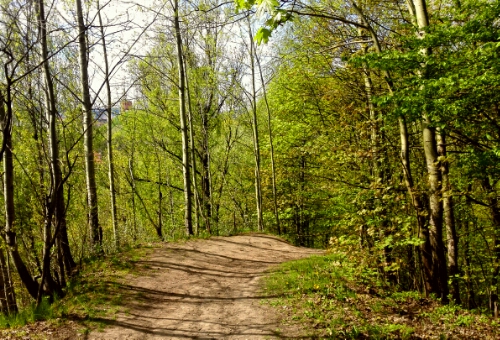 I continued through the park, the forest was getting denser and denser. Suddenly a steep decline. I walked down. As I got to the bottom of the hill, the forest disappeared. In front of me a river. The River  Vilna. I suddenly realised where I was. Just down the hill from Three Crosses, I had been here the day before. I followed the river Vilna back towards Gedimino Avenue. Headed back to my apartment. I was to be picked up in an hour, to go on my first hot air balloon ride. 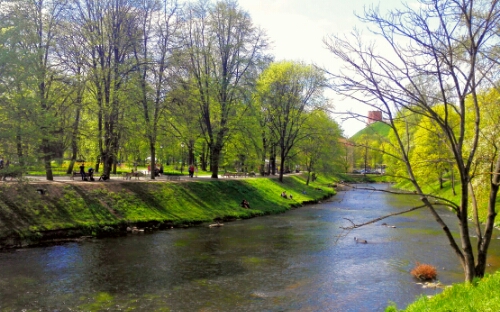 Back at the River Vilnia. Gediminas’ Castle can be seen in the distance.