I had a chance to practise my Japanese in Vilnius in May, 2016

Nihonji desu ka? (Are you Japanese?)

I was on my was back to my airbnb apartment in Vilnius, it was my last day in the city, tomorrow morning I would have to catch a flight back to Trondheim in Norway. A quick layover in Tallinn, then home. 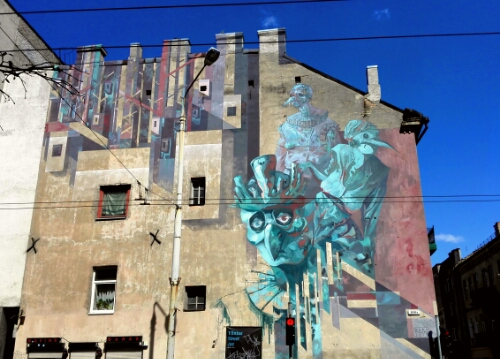 Three Asian girls were walking on the other side of the road, some distance head of me. They looked like they were from Japan, but I was not sure. I quickened my pace a bit to get closer without appearing too creepy, maybe I could hear what language they were speaking. As I caught up with them I was certain, they were speaking Japanese. As I am trying to learn some Japanese I figured I could not let this opportunity to practise my Japanese pass. I crossed the road, approached them. Asked them in Japanese if they were from Japan. 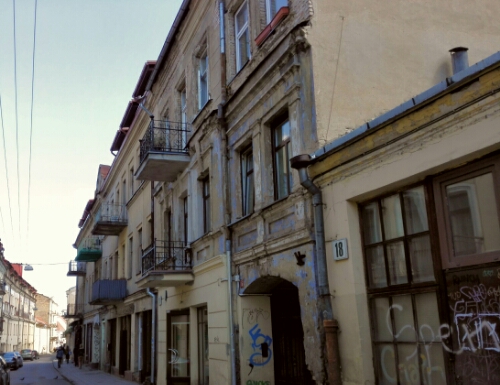 From the streets of Vilnius

I have been trying to learn Japanese for some time now. My dedication has its ups and downs. I can study really hard for months, then stop and hardly stydy for a long time. I am slowly progressing, but not at a very fast pace.

Japanese is both an easy and a difficult language to learn. It has less grammar than Western languages, less rules to memorise, but then again it is so completely different from Norwegian, English and German, the other three languages I know (though my grasp of German is limited). The sentence structure is different, the words all sound the same sometimes, and don’t get me started on written Japanese! However, as a Norwegian I believe I have an advantage to people with English as their first language, as pronounciation in Norwegian and Japanese is identical. 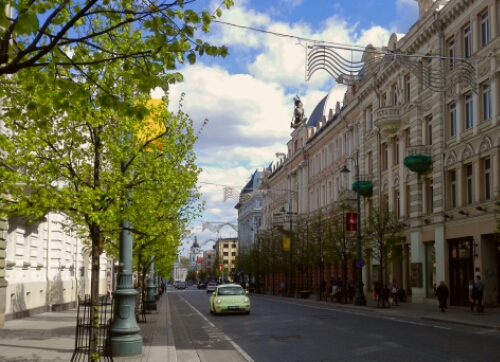 It turned out I was right, they were from Japan, two of them were studying in Vilnius, the last one was here on holiday, visiting her friends. As we walked down the streets on Vilnius, seemed like they were heading in the same direction as I was, we chatted the whole way. They had a great time in Vilnius, loved the city, loved Europe, hadn’t been to Norway yet. My Japanese was nowhere near good enough to speak only in Japanese. Most of the concersation was in English, but I kept slipping in Japanese words and sentences whenever I could. If they replied in Japanese I usually did not get the whole sentence, needed it translated into English. Luckily they spoke good English. 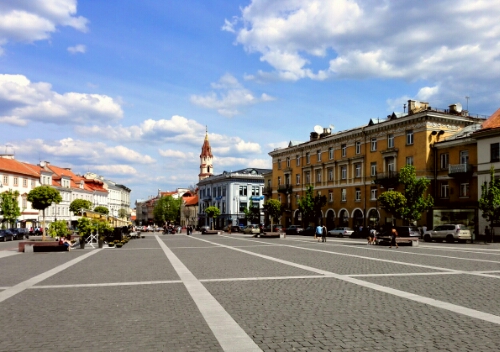 The Old Town in Vilnius

I we got to my apartment we said goodbye, I thanked them for the language lesson. It had been a ten minute chat, most of it in English, but I felt I had gotten some practise out of it. Part of learning a new language is using it, whenever you can, don’t be afraid to make a fool of yourself. I had certainly done that, spoken as much Japanese as I could, most of it wrong probably, gotten a few corrections. I was desperately trying to memorise them now. To remember what I did wrong, correct my mistakes. Learn something. 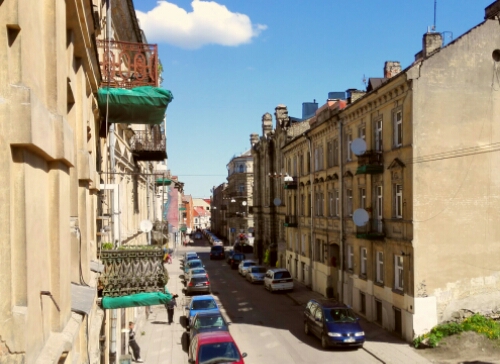 The view from my balcony in Vilnius

I got to my room, a huge room in a family apartment, my own balcony as well. As I walked past the window I could see the three Japanese girls walking back the way we had come from. Had they walked me all the way to the apartment even if they were headed in another direction? Had they not told me not to seem impolite? Japanese politeness still confuses me. I kept watching them through the window, as they got further down the street I walked out on the balcony. They were still backtracking. How far in the wrong direction had they gone? I watched them until they were so far down the street I could not see them anymore in the dark, then went inside, prepared myself for bed. As I fell asleep I kept thinking of what had just happened, felt guilty for making the girls walk so much further. Japan can be strange at times, even after four visit I still don’t understand the country.