I kept on walking, could see the end in front of me, getting ever so closer. A small farmstead. A few houses, a barn, a small church. From a small point in the distance at the start of my walk, I could now see it clearly, distinguish the different buildings from each other. Only a few hundred more meters to go. 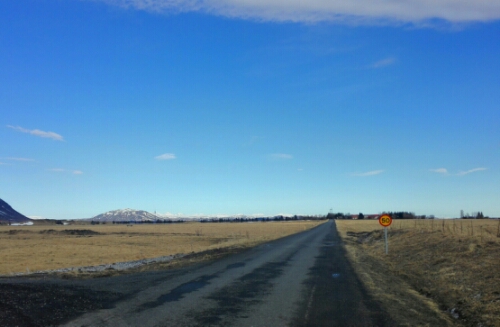 Walking towards the cemetery and Bobby Fischer’s grave

As I arrived I walked past the farm, towards the church. Opened the gate in the small wall that surrounded the church and cemetery, stepped inside. It was the first grave on my left. I walked up to it. Someone had left a chess piece on the grave, some flowers. The grave was well tended. The grave of Robert James Fischer.

Bobby Fischer was born in Chicago in March 1943 and in 1950 he moved with his mother and sister to New York, first staying in Manhatten, then in Brooklyn. He did not come from a rich family, his mother struggling to make ends meet at times. Already as a little boy Fischer became interested, if not obsessed with chess, spending most of his availiable time with the game. Much of Fischer’s early chess learning took place either at home, where he spent every availiable minute reading every chess books he could get his hands on, or in Washington Square Park, playing the open air games there.

He was quickly recognised as some sort of chess prodigy, and was the first child accepted into both the Brooklyn Chess Club and the Manhatten Chess Club. In 1956 he won the US Junior Chess Championship and the following year he was invited to play in the United States Championship, an invitational tournament and the first step to qualifying for the World Chess Championship. The fourteen year old boy went through the tournament, playing the strongest American players, without a single lost game. He was now the youngest ever US Chess Champion. 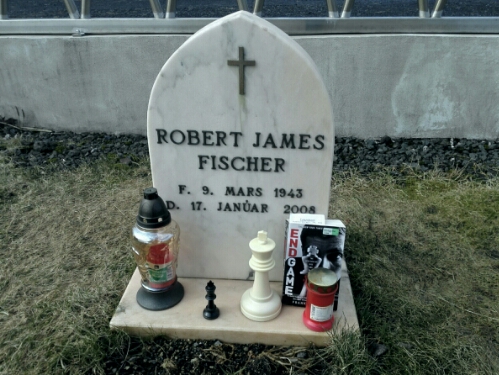 The grave of Robert James Fischer

In the following Candidates Tournament, the qualifying tournament for the world championship, his play was not good enough to win, something he blamed on the Russian players colluding against him and playing mind games with him. He did not get his chance to play for the world title. Disappointed he returned to the US.

For the next years, Bobby Fischer drifted in and out of the international tournament cycle. He kept threathening to stop playing, coming up with allegations of cheating and collusion among the Russians, but in the end he always returned to what he loved, chess. In 1971 he was once again qualified to play the Candidates Tournament, this time with some rules changes implemented at his request, aimed at reducing the opportunity for Russian collusion. Winning the Candidates Tournament, Bobby Fischer had finally qualified for the 1972 World Championship of Chess, that year held in Reykjavik, Iceland.

As I stand in front of the Bobby Fischer’s grave, almost 44 years after the big championship match, dubbed the Game of the Century by Western media, I ponder the journey this man has taken. From a chess star in America, then the world, to a small lonely grave in the middle of nowhere, Iceland. The cemetery is tiny, twenty graves at most, surrounding a small church, more like a chapel, next to an old farm outside Selfoss in Iceland. On the windswept plains, far from everywhere. This remarkable man, a chess genius, now all alone in this lonely place. 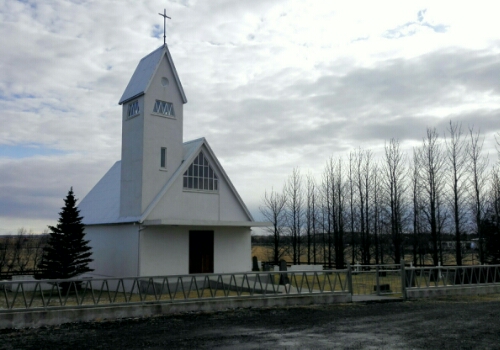 The chruch and the cemetery

Finally qualified to play the World Championship, one would expect Fischer to be eager to get to Reykjavik. Things did not go so easy with Bobby Fischer, always a person difficult to deal with. As the opening ceremony was held in Reykjavik, Fischer had not yet turned up in Iceland, always finding new complaints to keep him from playing. Fischer found the price fund of the match, a total of $125.000, too small. Now he wanted a portion of the gate receipts as well. As the Icelandic organisers needed the gate receipts to pay for all their expences they refused to this demand, and as the first game was supposed to start, Fischer was still in New York, refusing to travel to Iceland to play the match.

It would take a phone call from National Security Advisor Henry Kissinger, with a message from President Nixon telling Bobby Fischer he should go, that the country depended on him, to get Bobby Fischer to finally travel to Iceland. And it probably helped that British financier James Derrick Slater gave another $125.000 to the price fund, thereby doubling it.
On July 4, 1972, a plane from the US landed at Keflavik Airport in Iceland. Bobby Fischer had finally arrived in Reykjavik. The World Championship Match was ready to begin. 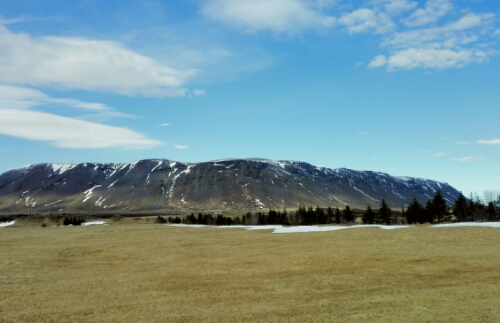 The grave is surrounded by the beautiful Icelandic nature

There is not much to see really, after a few minutes I head back out through the gate, past the farm, down the road towards Selfoss. The wind is still as strong, but this time coming from behind, pushing me along. The road back feels a lot shorter. I am sure I was much quicker as well. I return to the bus station on the outskirts of the town where the bus from Reykjavik dropped me off, I have no plans of returning yet. I walk past the bus station, down the road into Selfoss. When I am here, I have to take a look at the place.

The story of Bobby Ficher continues in The Bobby Fischer Center in Selfoss, Iceland.

One thought on “Bobby Fischer’s Grave”