While visiting Bobby Fischer’s grave and the Bobby Fischer Center in Selfoss in March, 2016 I had a few spare hours to kill in the town.

It did not take long to see all of Selfoss. A twenty minute walk, and I felt I had seen most of it. Through the town ran the main road, a wide road flanked by sidewalks and local business. Some fastfood joints, a funeral agency, a swimming pool and a florist among others. On both sides of the road lay residential areas, a few rows of houses before farmland took over. There was a football stadium, but no one were playing as I walked past. There also was a Bobby Fischer Center, a museum dedicated to the great chess player, in the town, but it would not open for almost two hours. I was unsure what to do in the meantime, tried to find a restaurant or a bar, somewhere to sit down 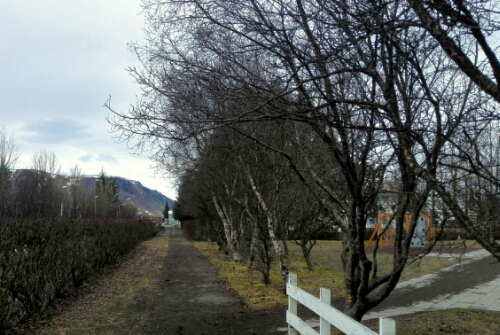 Although people have been living in Selfoss since at least the 11th century, the town remained small and unimportant until a bridge was built across the Ölfusa River at the end of the 19th century. With the bridge came also commerce and the town grew from a hamlet of forty inhabitants in 1900 to a town of just under 7000 today. Being the largest town in South Iceland, it is the regions hub both in terms of agriculture and culture. Selfoss is easily reached both by car and bus from Reykjavik. Bus 51 leaves regularly from Mjodd Bus Station in Reykjavik, and the journay takes between one and two hours. 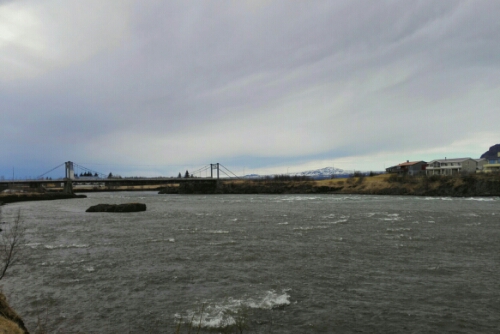 The bridge at Selfoss

I found a small cafe to sit down in, waiting for the Bobby Fischer Center to open. An unassuming cafe, standard international menu of hamburgers and fries. Some cakes. Coffee and Icelandic beer. A few small tables downstairs, larger tables for groups upstais. I ordered the bacon fries and an Einstok Beer, wrote some in my travel journal, read in a book about Bobby Fischer I had bought in Reykjavik before coming here. The food was good, you can never go wrong with bacon, but nothing special. The beer was nice. After finishing my fries I spent my time reading in my book. 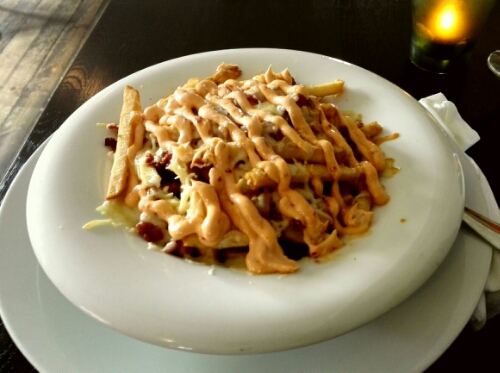 An hour later I got up from my table, paid my bill and left. Instead of walking along the road to the museum I decided to walk along the river. It turned out to be a great decision. As I got to the river I stopped dead in my tracks, just stood there for a while and looked around. The view was amazing. The blue river flowing by, full of icy cold melt water. On the other side some houses, the long fields of wheat. In the distance a mountain. Snow still on its peak. Iceland surely is a beautiful country. Shaped by the raw forces of the earth through millenia. Still being shaped by volcanic eruptions to this day. I stood there by the river for a while, taking in the view. 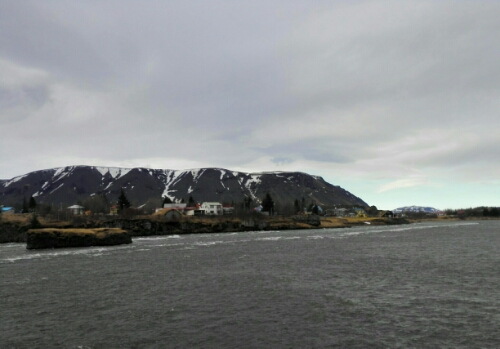 The view from Selfoss

Selfoss is not a major tourist destination in Iceland, and except for chess fans, does not have much to offer. While the Bobby Fischer Center and Bobby Fischer’s Grave draws a few chess fans from all over the world, most people visiting Iceland tend to drive straight past the city. Popular tourist destinations like Gullfoss, Thingvellir and Geysir are close by, the little town pales in comparison. Most tourists who stay in Selfoss tend to spend the night here, using the days to visit the nearby sights.