I visited Bokin in Reykjavik in March 2016

Bokin second-hand book store in Reykjavik is my kind of book store. The whole space is crammed full of books. The bookshelves are overflowing, books are piled on the floor, on the counter. A huge pile of books lie in front of the cashier. The books at the bottom can’t have been touched by human hands for years. The whole store has that old-book-smell. The smell is really strong here, there are so many old books. My only regret is that the best selection is in Icelandic. Their English section is a lot smaller, and the quality of the books not so good. This is a book store that makes you want to learn Icelandic.

Bokin in Reykjavik is where Fischer would spend large parts of his days after moving to Iceland in 2005. Bobby Fischer would normally sleep in late, then have lunch at one of his favorite restaurants in Reykjavik. The afternoons he would spend at Bokin, sitting in his chair reading interesting books he would find when looking through the shelves in the store. If he wanted a book he could not find, the owner of the store would order it for him. Bobby Fischer was a rich man by this time, and could afford to buy any books he wanted. 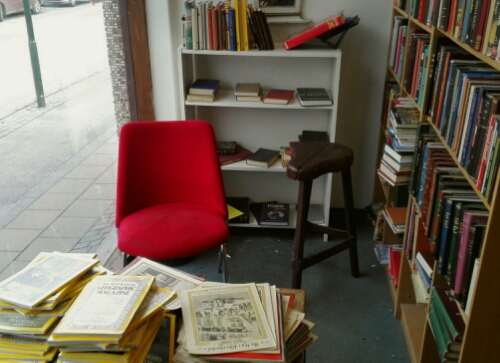 I sit down in the chair standing here now, not the one Fishcer used. That chair is on display at the Bobby Fischer Center in Selfoss. A new chair has been placed here. I sit back, enjoying the view Fischer would have on a daily basis. The chair is in the back of the shop, far away from the counter, by the window with a view to the street outside. It is at the end of a narrow pathway through the labyrinth of book shelves, no one can sneak up on you here. A pile of old National Geograpic is on a desk by the chair. I pick one up, browse through it. Just wanting to spend some time in the place where Bobby Ficher spent so much time. 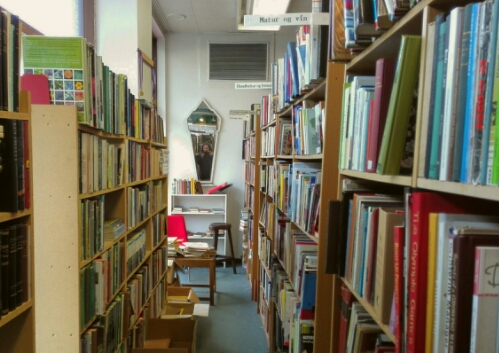 Getting to Fischer’s spot

It is a sad story, the story of how Fischer went from winning the World Championship to ending up in Iceland. It is a story of loneliness, paranoia, greed and isolation. Fischer was ever a bit paranoid, a bit strange. And as the years grew by he developed a strong anti semitic sentiment. Bobby Fischer was certain the Russians were after him, as were the Israeli. After his victory he slipped into obscurity in California, avoiding the public eye for twenty years.

When he finally returned to the world of chess it was to play a rematch of the great match in Reykjavik, twenty years later. A record-breaking price fund was arranged for the match, a staggering $5 million. Even the loser would receive $1,5 million. The match was to be played in Montenegro in September 1992, a country currently under heavy US sanctions due to the ongoing Balkan war. When Bobby Fischer was notified by the United States government that participating in the tournament was a breach of sanctions, and liable for prosecution in the US, Fischer replied by spitting on the letter in public. Bobby Fischer would play the match, even if that meant never being able to return to his homeland.

Bobby Fischer won the match, and became a millionaire. With the money secure in a Swiss bank, he stayed in Europe for a while before starting a life of flying between Japan and the Philippines, staying just under three months in each due to visa regulation. He would regularly do anti-semitic rants on Philippine radio, and it was a radio interview after 9/11 that brought the US governments attention back on him. In the interview Fischer expressed joy for what had befallen the US and the global Semitic conspiracy, of course this outraged the people back in the US. 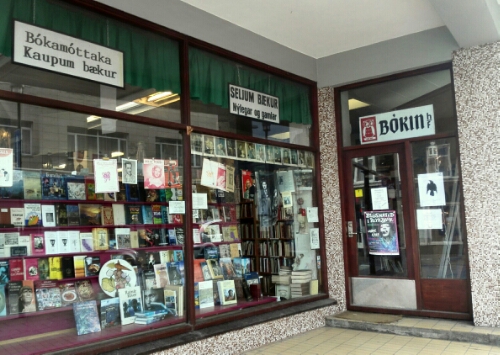 In July 2004 Bobby Ficher was arrested at Narita Airport just outside Tokyo, Japan. His passport had been revoked by the United States and he was detained, charged with trying to leave the country on an invalid passport. Months in jail would follow as Fischer and his friends tried to keep him from being extradited to the US. The solution came from Iceland. By offering Fischer an Icelandic citizenship, Japan would allow him to leave with his new passport and to travel to Iceland. As his plane touched down at Keflavik Airport in Iceland, Bobby Fischer knew he would spend the rest of his life on the island. The United States had issued an arrest warrant through Interpol. As soon as he arrived at an airport outside Iceland he would be arrested and brought back to the US for prosecution.

I wander along the book shelves, looking at the back of the books, every now and then picking one out to have a closer look at. There are so many books here, every subject covered. If I could only read Icelandic. A few other customers are here, the shopkeeper is sitting behind the counter. Reading a book. I walk over to the English section to see if I can find something there.

There seem to be little order to the books. Maybe they were sorted alphabetically once, but over the years books have been moved, people have put them back in the wrong place, some just pushed in on top of the other books. There are huge piles of books on the floor as well. Books there is no room on the shelves for. I think back to Jimbocho, the second hand book district in Tokyo. Everything was so organised there, all books sorted in a logical way. Never too many books for the shelves. Bokin in Reykjavik is the complete opposite. Total chaos. But a good chaos. There is simply too many books here. There is no more room for them in the shelves. This is a place to go treasure hunting for books. You never know what you will find.

Bobby Fischer would spend the last years of his life in Iceland. He found an apartment in Reykjavik, his days were spent reading, walking and analysing chess. He had some friends in Iceland, but as usual he would alienate a few of them every year. He would have regular visits from his Japanese wife, visits he would look forward to in otherwise uniform days. He would over the years feel more and more trapped in Iceland, but the US never revoked the arrest order and Bobby Ficher would have to remain in his new country. 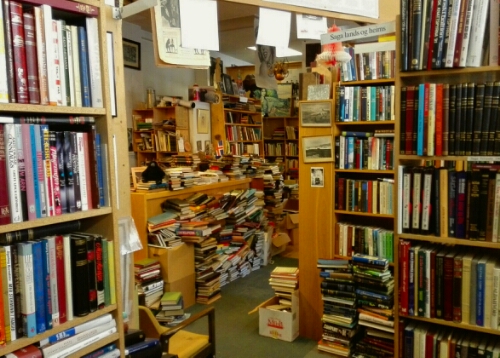 Books everywhere at Bokin in Reykjavik

When Bobby Fischer became ill with kidney problems in 2007 he refused treatment, even though being told that would kill him. Fischer never trusted doctors, he never had, though some people believe this time he was performing a slow kind of suicide as well. Old, tired, and wanting to leave Iceland, something he could not do, he might have decided to let nature take its toll, succumbing to his disease. He died in January 2008, and was buried in Selfoss in south Iceland. Following his wishes there was only a short ceremony, but not long after the cemetery became a place of pilgrimage for chess fans from all over the globe.

In the end I did not buy any books from Bokin. I had alrady been to two other book stores that day, my purse was quite heavy, and I did not find any books there that immediately caught my attention. It did not matter, just being in the book store, walking around, looking at all the books, was amazing. I love books, I love book stores. And Bokin in Reykjavik is one of my favorite book stores.

This is the last of three posts about Boby Fischer. The story started in Bobby Fischer’s Grave and continued in The Bobby Fischer Center in Selfoss, Iceland.