I visited Niseko in December, 2015

I was so tired on the bus ride to Niseko, I slept the almost three hours drive, the whole way. Luckily my friend slept as well, I would have felt bad if I slept and she had to be awake alone. As we approached Niseko I started waking up. 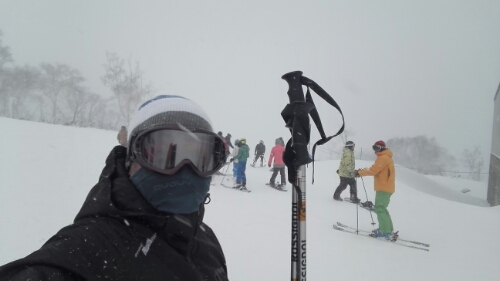 Her flight landed at the airport very early in the morning, I had to get up at six to get there in time. When she had to wake up, flying from Tokyo, I have no idea? The train to the airport was packed, no chance for a seat, no chance to catch some sleep. I had to stand, it was crowded, it was hot. It did not help at all. I met her at the airport, we boarded the bus for Niseko. 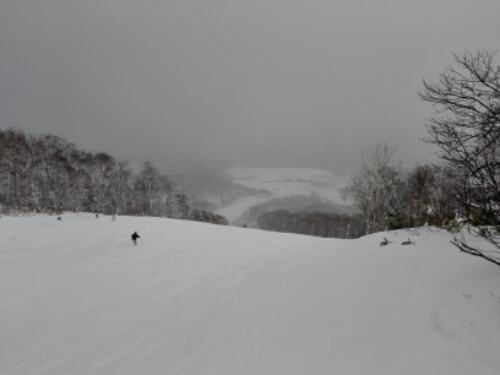 The slopes of Niseko

We were on our way to a three day ski vacation in Niseko, Japan. Her friends were already there, we were a total of ten, I was the only non-Japanese. I had not met any of the other eight before, I was a bit anxious, hoped I would have a good time there. As it turned out I had no reason to worry.

Niseko is a small village and ski resort located in western Hokkaido, the northernmost of Japan’s four main islands. A small town of around 10.000 inhabitants, it welcomes more than 200.000 visitors during the winter season.

The village is known for its consistent powder snow during the winter, making for some great skiing from November until early May. Skiing can be enjoyed in one of the six ski areas in the village, four of which are interconnected and can be used with the same ski pass. 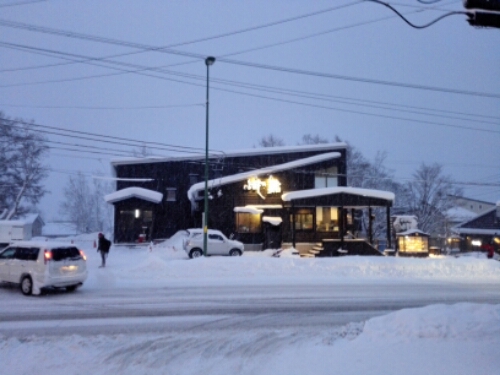 As we drove into Niseko I started waking up, was amazed at all the snow I could see out the window. It had been some snow in Sapporo, and snowing a bit the last two days, but here it was snow everywhere, a thick layer of snow, over a meter, and still snowing.

Not much else to see though, a house here and there. The village itself took like a minute to drive through. A few hotels, some restaurants, bars. A convenience store. Ski rentals. Our lodge lay some distance beyond Niseko, the bus kept driving. 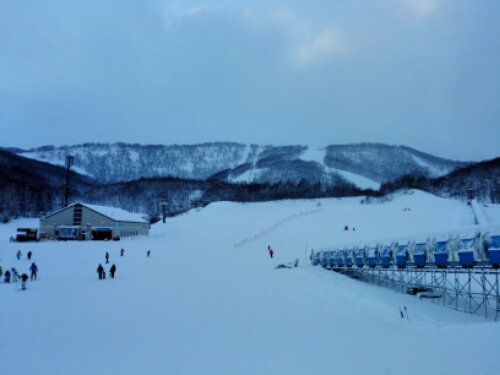 It kept on snowing, snowy roads, white walls of snow on each side. If it kept snowing like this the whole time we would have very good conditions. Quite a bit of wind though, I hoped that would not be a problem.

The snow looked like very good powder snow, perfect for off piste skiing and snowboarding. Better for snowboarding in fact, I considered maybe snowboarding, but decided not to. I hadn’t skied for 12 years, but hadn’t boarded for 16 years. Skis I can control, the snowboard I would have to learn all over again. I only had three days, no time for learning to snowboard. 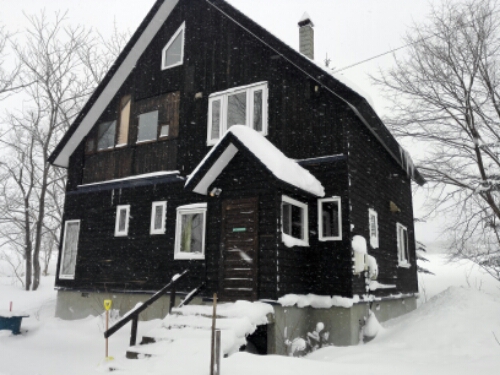 The lodge we stayed at

The bus stopped at the Hilton Hotel, the lady we rented the lodge from was waiting for us to drive us there. We got in the car, drive to the lodge, dropped our bags at the lodge and drove back to the Hilton. We were ready for some skiing.