I spent a night at Narita Airport outside Tokyo in September, 2016

As I arrived at the airport it was just after midnight. I took the escalator up from the platform, left the train station and headed towards Terminal 2. The train had been almost empty the whole way from Keisei Ueno Station in Tokyo. The airport was almost deserted. A few other passengers were here, almost more security guards and police officers. It was still just over eight hours until my flight left, I was going to spend the night at the airport.

I had said goodbye to my friend at The World End Bar in Ueno, Tokyo. Taken the last Skyliner Train, the Evening Liner, a quick way to get to the airport. I had an early flight to Okinawa in the morning, getting to Narita from Tokyo took some time, it was easier to stay at the airport overnight. I did not have to get up way too early next morning. 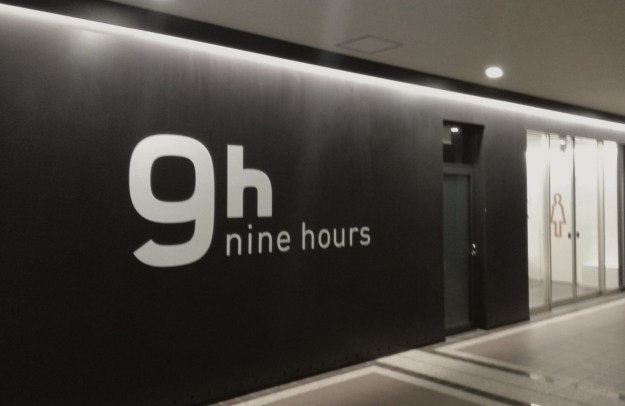 I did not enter Terminal 2. As I approached it I took a right where I should have taken a left. Followed a long underground walkway. I was headed for 9 Hours, a capsule hotel at the airport. A small cubicle, nothing more than a bed to rent, but at least I had a bed, could take a shower in the morning. Way better than sleeping on a bench in the terminal. The price for the night was 5000 yen, a price I gladly paid. 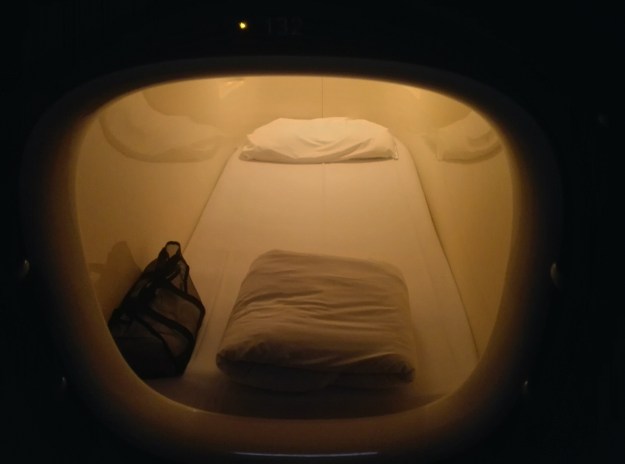 My bedroom for the night

The bed in the capsule was surprisingly comfortable, the hotel looked clean and spotless. I have slept in far worse places than at 9 Hours at Narita Airport. I made sure to charge my phone and extra battery, then turned the lights off. I quickly fell asleep as I laid down in bed. 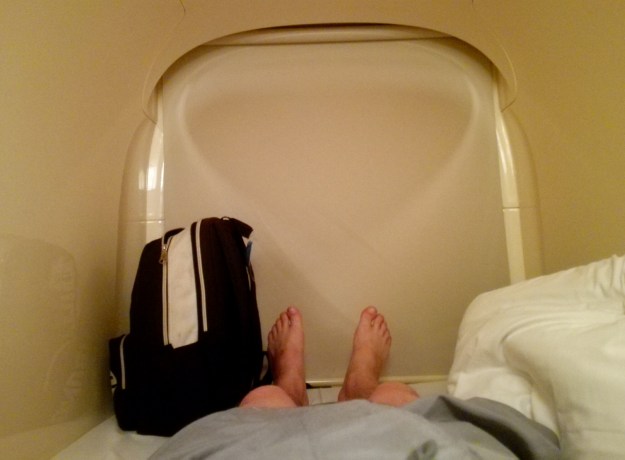 The next morning I woke up early, but a lot later than I would have if I had been in Tokyo. I had a shower in the hotel before heading for Terminal 3 where my flight for Okinawa left from. I had breakfast in the food court there. A delicious ramen breakfast set. I was happy about my decision to spend the night at the airport. I had slept well in a comfortable bed, had a shower, breakfast. And woken up less than two hours before my flight left. Much easier than if I had stayed in Tokyo. And much more sleep. Narita is a very comfortable airport to spend a night at, I would not mind doing it again if I had too. And now I was ready to board my flight. The island of Okinawa awaits.