I visited Daan Park in Taipei, Taiwan in September 2016

The sun is shining, it is a warm day. Daan Park looks beautiful in the sunshine. Here and there trees provide shade, a chance to get away from the hot sunlight. People are sitting on the grass under the trees. Chatting. Or sleeping. Squirrels are running around on the grass, between the trees. Seemingly not afraid of humans at all. 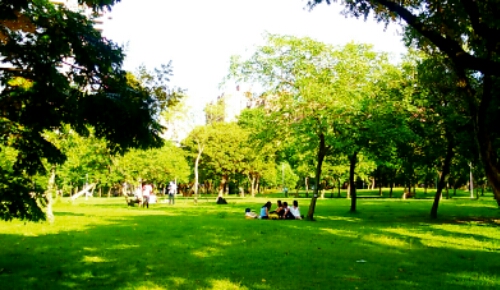 From Daan Park in Taipei

An army of old people are being paraded through the park. Sitting in their wheel chairs, being pushed by their nurses and handlers, some of them by family members. They are everywhere. A large group has congregated near some benches. The old people forming a circle with their wheelchairs, chatting away. Their handlers sitting on the benches, talking amongst themselves. I walk further into the park, the trees give way to a more open area. The road turns, in front of me is a pond. 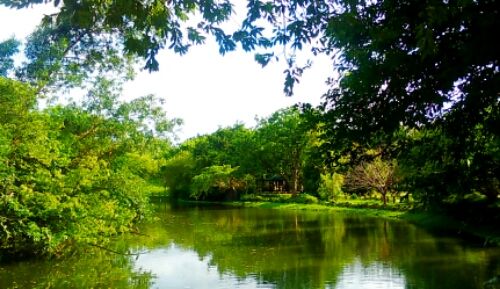 The pond in Daan Park

Daan Park (Or Daan Forest Park or Da’an Park) came into existence in 1994. The then mayor Huang Ta-chou had the long time squatters on the land evicted and the illegal buildings standing there demolished, with the aim of creating a park like New York’s Central Park and London’s Hyde Park. In a congested city, full of traffic, noise and pollution, Daan Park could serve as ‘the lungs of Taipei City’.

An old man, out with his granddaughter, is sitting by the pond, in his wheel chair, throwing pieces of bread to the birds and turtles gathered by the edge of the water. Mechanically almost, he throws the pieces of bread. Tears of chunks from the loaf, tosses it over the fence, down to the water. Tears off another chunk. Throws it as well. When the loaf is gone he simply puts his hand above his shoulder. His granddaughter, standing behind him, quickly hands him another loaf. He is not the only one standing there throwing food to the animals. So much bread is thrown that the birds and turtles can’t finish it all. Even the fish start to nibble at it, chunks of bread keeps falling from the sky. There is enough for everyone. A feast for the animals of Daan Park. 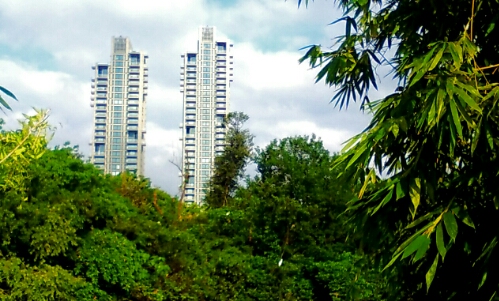 The city is not that far away

In a corner of the park is a playground. Plenty of apparatus for the kids to play with. A roller skate rink. Sand boxes. The place is crowded with kids. Running around, going on the slides, roller skating. Laughing, screaming, smiling. Having a great day. Their parents sitting on the benches surrounding the playground. Talking amongst themselves, keeping half an eye on their children.  I walk through the playground, follow the path to a more quiet area. The park seems to go on and on. It is a large park. I cannot see the end of it in any direction now. 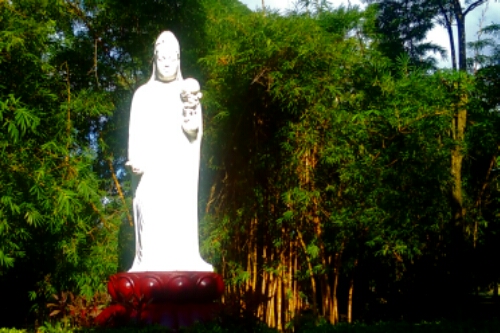 A statue in Daan Park

I find a bench by the path to sit down on. The sun shining on me, but there is a little bit of breeze here, making it not too warm for a sweaty Norwegian. I lean back on the bench, close my eyes. Just relax. Let my thoughts fly. I love this quiet oasis in the middle of Taipei. Apart from the playground it is a quiet and serene place. People chat more quietly here, or simply enjoy the silence together. We get away from the noise of the city. The traffic, the scooters. The shopkeepers proclaiming their wares. All the people in the streets, talking loudly to each other. There is none of that here. This feels very relaxing. Just sit on a bench, in the sun, eyes closed. Thinking about nothing.