It became sort of a haven for me, a base, a place to relax in between experiencing Taipei. I would stop by for a beer almost every day, after sightseeing for hours. I would relax for a while, chat with the bartenders, write some in my journal, before heading to a new night market. To feast on all the delicious street food. Bar 58 was a cool place. I liked it. good music playing, nice and friendly bartenders. Lots of Taiwanese craft beer. A great place to wet my throath, rest my legs, digest the events of the day so far. 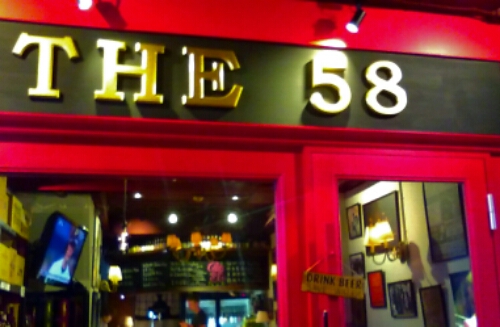 The 58 Bar in Taipei

The 58 Bar is a Taiwanese craft beer bar in the Ximen District of Taipei. Painted all in red, with its name written in golden letters outside, it is easy to spot. Inside they have a bar over two floors, with plenty of places to sit. Their selection of Taiwanese Craft Beers is impressive. All of one wall is completely covered in shelves displaying their brews. You can buy both to drink here or to take home. It is open from 5 pm monday through friday and 11 am on weekends. It closes at midnight monday to thursday and sundays, and at 1 am on friday and saturday.

I never made it through all their beers, never aspired too, there were simply too many. Apparently the Taiwanese craft beer scene have exploded in the last few years. People I met who had been here some years ago said it was impossible to get a local craft beer then. It was all Taiwan Beer, Miller and Guiness. Now their craft beer was everywhere. And it tasted good as well. 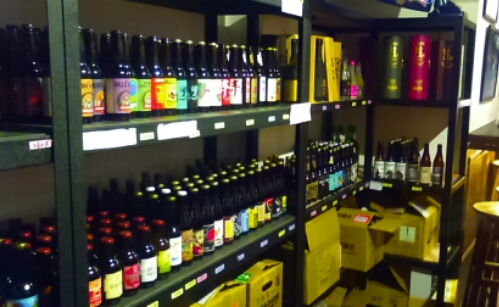 Their selection of beers

For the beer enthusiast the 58 Bar is a must visit in Taipei. With the largest range of local beer I found in Taipei, it it a good place to sample some of the local ale. The staff know their beer and can help you find one you like, prices are not too bad either.