It was hard to miss the Chiang Kai-shek Memorial Hall. A massive building towering over the park around, clad in shining white stone that sparkled in the sun shine. The Memorial Hall shone like a beacon, beckoning me to come closer, come inside. It would be cooler there as well. The heat was almost unbearable by now. Way too hot for a Norwegian.

I walked towards the Hall, a big open square lay in front of the Memorial, with a park on either side of the square. Behind me lay another, even bigger square. A stage was set up there, maybe for a concert tonight? I wasn’t sure.

A massive stair case led up to the Memorial Hall which lay on third floor of the building. I took my time walking up, the heat was draining enough of my energy already. From the top I had a great view of the open square and gardens surrounding the Memorial Hall. It was a beautiful sight. 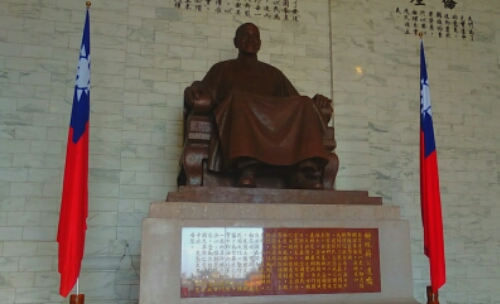 Born in October 1887, the son of successful salt merchants, his father died when Chiang was eight, he was then raised solely by his mother. His schooling took place in Japan where he also served some years in the Imperial National Army before returning to China in 2011.

Back in China Chiang Kai-shek served as an artillery officer in the revolutionary forces. After the 1911 Revolution, a revolution which overthrew the last vestiges of China’s imperial dynasty, Chiang was one of the founders of KMT or Kuomintang, China’s Nationalist Party.

The following years and decades were turbulent times in China. The Nationalist Party were fighting the communists as well as various local warlords in their quest to unite China under their rule. In addition, foreign powers, especially Japan, were eying China, then a World War breaks out. When Japan and Germany declared war on the Allies, China who had for years been at war with Japan suddenly found themselves on the allied side. 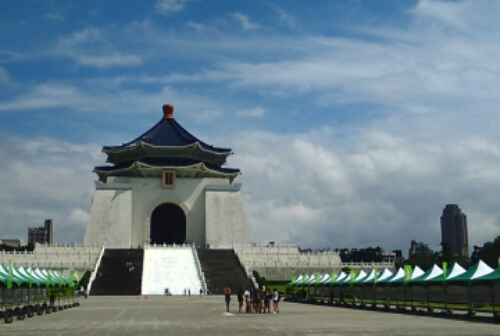 When Japanese forces surrendered in 1945, it was very unclear of what would happen to China. Would the Nationalists or the Communists take power, would the country be divided in two, or separated into many factions, each ruled by different local warlords. The fighting in China continued. Rumour has it that Chiang Kai-shek struck a deal with the Japanese military, promising their troops good treatment in exchange for them staying on in China to help him keep in control. How true the rumour is can be debated, but Japanese soldiers stayed in China until 1947, and Chiang Kai-shek is highly revered in Japan because of the treatment he gave the Japanese after their surrender.

After a series of losses in the war against the Communists, many of them due to mistakes and bad leadership, the Nationalists finally found themselves defeated in December 1949. Besieged in the city of Chengdu, the Nationalist leadership saw no other option but to flee to Taiwan, to continue their government there with the hope of one day returning to China to regain what they had lost.

Inside was a massive hall, and the centerpiece of the room was a gigantic statue of Chiang Kai-shek. Two honour guards were standing in front of him, one on each side. The tourists seemed more drawn to the honour guards than the statue of Kai-shek, you have to be okay with your picture being taken in a job like that.

Downstairs was a museum showcasing the history of Chiang Kai-shek, with several memorabilia on display. Two of his old cars, some of his letters and clothes. uniforms and weapons. Some of his books. And a lot of pictures from his life. I spend quite a long time in the museum. Not only was it interesting, it was also air-conditioned and way better to the heat outside. 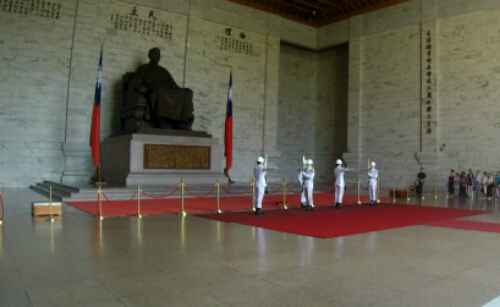 Inside the Memorial Hall during the Changing of the Guards Ceremony

Every hour on the hour, the there is the changing of the guards. Standing dead still for an hour at a time is hard enough. A break must be greatly welcomed by then. I went up to the Memorial Hall to watch the guards change, as had most others in the place at the time. It was hard to find a place where I could witness it all. There were always people in front of me, blocking the view. The ceremony was quite impressive. Some excellent military tattoo with good precision and an impressive handling of the weapon.

In Taiwan, Chiang Kai-shek set up a rule under a democratic constitution, but in reality it was a one-party state. Government consisted mostly of mainlanders, the local population lacked representation, and several martial law provisions were put in place, justified since Taiwan still was technically at war with China. Chiang Kai-shek claimed sovereignty not only over Taiwan but also over mainland China. Since elections could not be held in communist-occupied mainland China, party officials held their post indefinitely. The first decades after KMT came to power in Taiwan was spent trying to root out all communist elements in Taiwan. These years, called the White Terror, saw 140.000 being sent to prisons.

At the same time, KMT and Chiang Kai-shek focused on economic development. The export industry became of great importance as Taiwan had a cheap but skilled workforce. ‘Made in Taiwan’ is seen all over the world on all kinds of manufactured objects, from toys to kitchen appliances. Taiwan’s economic development became a success story, and together with Hong Kong, Singapore and South Korea, Taiwan became know and one of the Asian Tigers. Asian countries showing massive economic growth, the new Asian countries to follow in Japan’s footsteps. 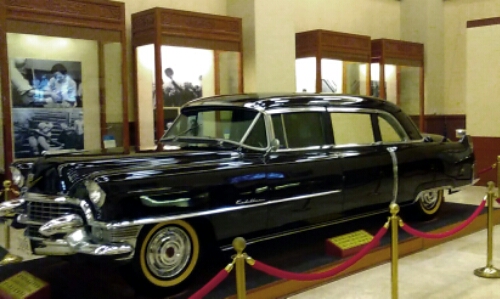 One of the leader’s cars

Chiang Kai-shek died in 1975 at the age of 87. On April 5th he took his last breath in Taipei. He never managed to reclaim China, but had to settle for Taiwan. At least he was the leader of a country much more developed than China, a richer country, with a higher standard of living. In that sense he had done something right.

After the Changing of the Guards ceremony I head outside, back into the scorching sun. I walk down the long staircase, down the large open square. There is a park surrounding the Mamorial Hall, I can enter it both by turning right or left now. I take a left planning to walk round the entire park. 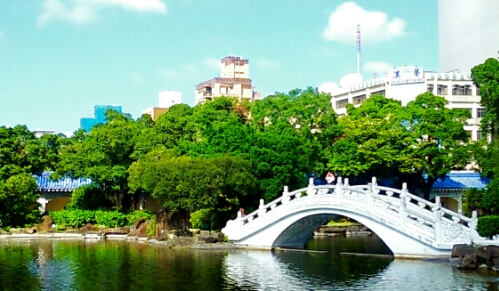 The park outside the memorial

A well kept garden. In the center a pond, surrounded by bushes, hedges, flower beds and trees. Carps swim in the pond, a few squirrels run across the grass. The garden is beautiful in the sunlight. A lot of time must be spent keeping it spotless like this. The trees even give some shade from the sun. I walk down the path, taking in the view, enjoying the scenery, thinking of Chiang Kai-shek and his fight against the communists. His flight to Taiwan. And the government he set up here, with the goal of one day reclaiming China. I wonder what the future holds for China and Taiwan? 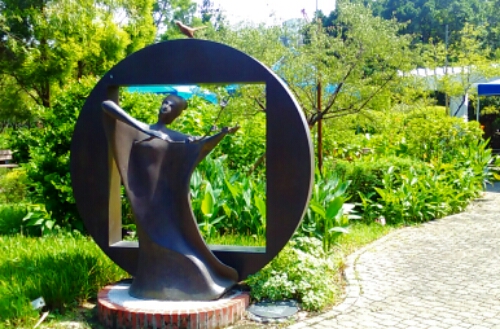 From the park outside