I visited the Christmas Market in Sapporo in December, 2015

It was the same in Sapporo, at first sight the market could have been anywhere. It looked like any christmas market, but at a closer look you could always spot the differences. 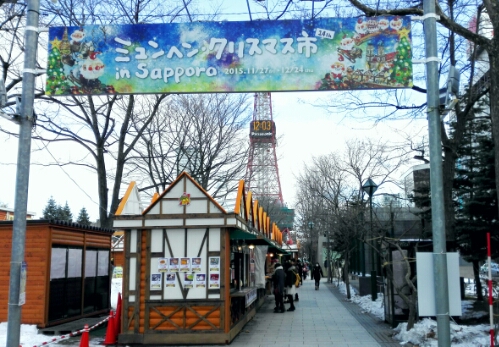 The Christmas Market in Sapporo

Almost everyone were Japanese of course, that was easy to see. But then I noticed the lack of Baby Jesus. You can find Baby Jesus everywhere in christmas markets in Europe. Little figurines for sale, paintings, the child in the manger. But in Sapporo I could not find him at all. None of the stalls sold any Jesus figures, no angels for that sake either. No religious christmas symbols at all. Here it was all santa and reindeer and christmas trees. A christmas market in a non-christian country. 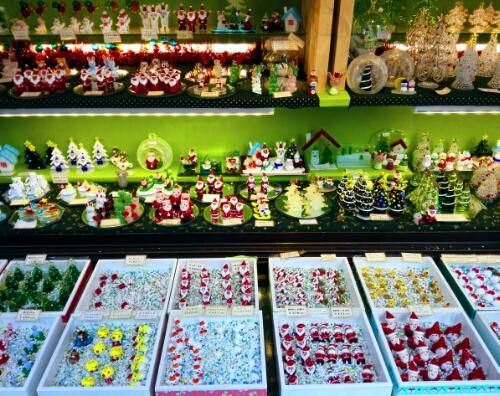 Not a baby Jesus in sight

I was spending christmas in Sapporo, had flown in from Tokyo in the evening of December 22nd. After taking the train from the airport to the city it was a fifteen minutes walk to my capsule hotel. The walk took me through Odori Park, it was there I spotted the christmas market. I hurried to the hotel to check in and drop my bag off, then headed for the market.

‘These are from Finland, you know’ the girl in the stall said, pointing to the reindeer fur lined up in front of her. Santa’s Village in Rovaniemi, Finland had a stall at the market. I had briefly stopped to take a look. 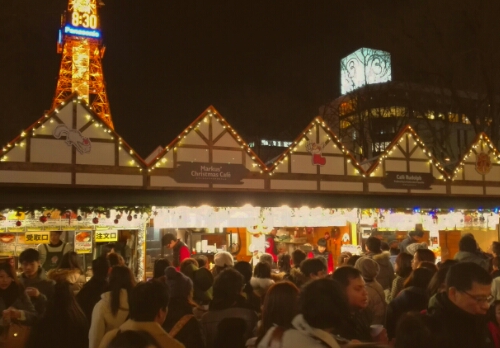 I was drinking Glühwein, mulled wine, as I do whenever I visit christmas markets. Hot, spiced wine, topped with a slice of orange, some cinnamon sticks. Simply delicious. Especially in cold weather. The glühwein in Sapporo was one of the better I have tried, I would often drop by the christmas market on walks through the city to warm myself up with some mulled wine.
I nodded to the girl as I briefly looked at the furs.

‘I know. I have been to Santa’s Village actually. A long time ago, when I was a kid.’ 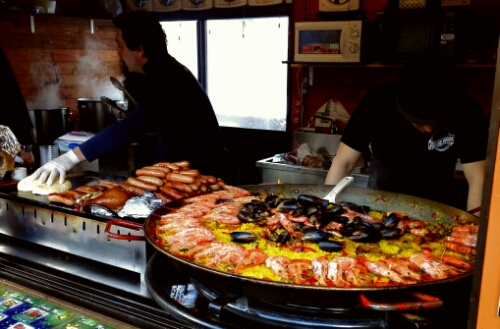 The girl smiled. There were no other people at the stall at the moment. A lot of people were visiting the market, christmas is popular in Japan, but most people seemed to congregate around the food stalls. It did not surprise me, Japanese love their food. 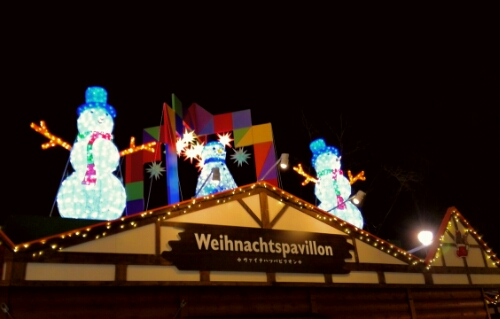 At every market and festival I have been to in Japan, the food has seemed to be of most importance. At the market in Sapporo half the stalls were selling food, there were people waiting in line to every one of them. I saw people finish a meal, then go on to the next food stall, working their way through all of them I guess. Food is important in Japan, eating is important. I guess that is why the food is so insanely good here. 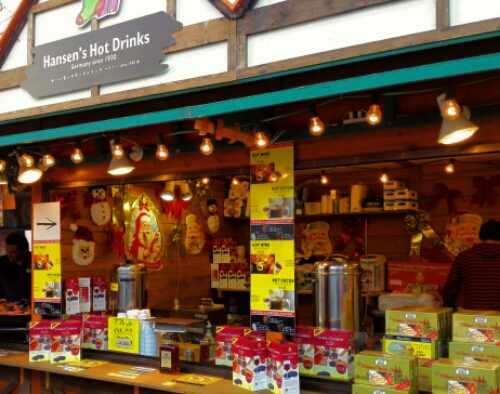 ‘Really? Cool,’ the girl said. I told her I was from Norway, she told me she was from Finland. I said I thought she was, she was working in a Finnish stall after all. She laughed. We chatted for a few minutes before she got some customers she turned her attention to. I went to see the rest of the market.
—

When Santa showed up to pose for photos, a line of people quickly formed, people waiting to have their picture taken. Not only children, they were a bit too scared, but teenagers, adults, old people. They all wanted a picture with Santa. The older you were, the more you wanted one it seems. 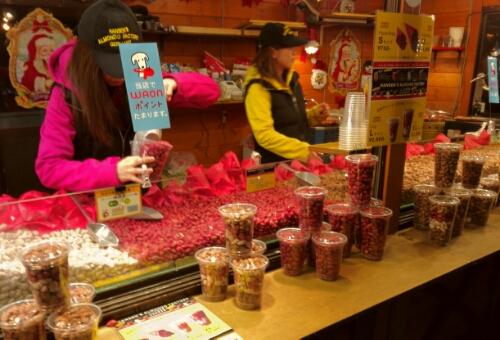 —
After a week in Japan with hardly any christmas spirit, I found the christmas market in Sapporo just in time, and had my first fill of the holiday spirit in Japan. With christmas decorations, glühwein, christmas foods and christmas songs, the market could be anywhere in Europe, except for the lack of Baby Jesus. 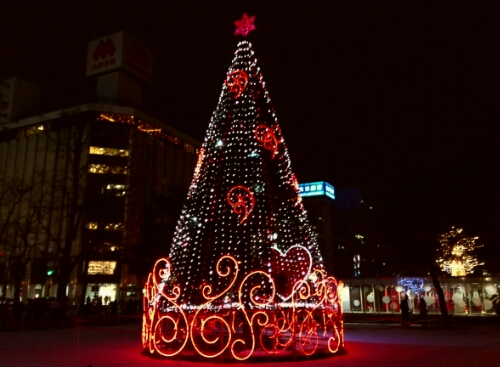 A christmas tree in Odori Park