The view was perfect. You could see Odori Park running through the city, leading your gaze to, far in the distance, the ski jumping hill. The one used in the 1972 Winter Olympics. On a mountainside on the edge of the city it stood, in direct line of sight from the tower, no high rise in the way, only the trees of Odori Park. 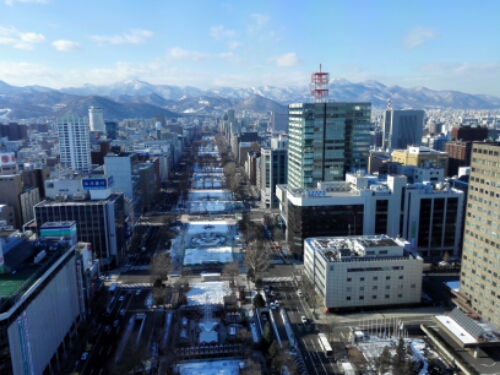 It was cold in Sapporo. I wanted to get inside for a while, get away from the weather, get some warmth in my body. I was not far from Sapporo TV Tower, standing at one end of Odori Park, it loomed over the city. I decided to take a look at the view from the top. 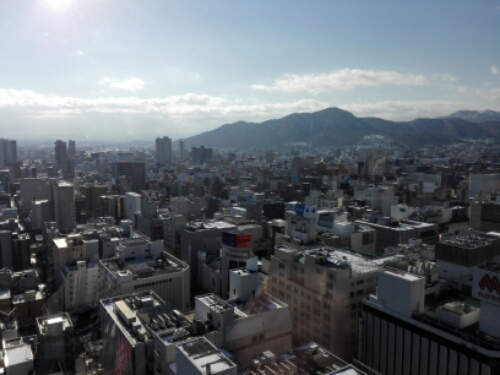 I had to run up three flights of stairs to get to the entrance, to the elevator that would take me to the top. I bought a ticket, posed for the mandatory souvenir picture, I did not have to purchase they said, only look at it when I returned down. 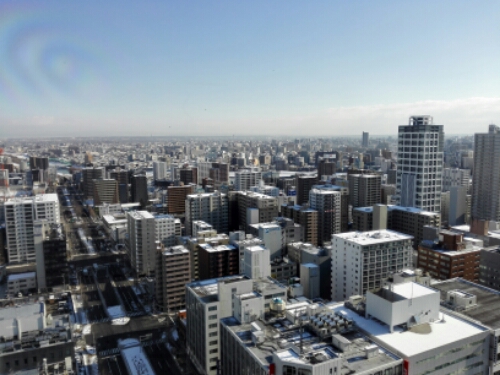 The skyline of Sapporo

And boy did she talk. All the way to the top she kept talking, I have no idea about what. I did not understand anything, only the frequent bows and arrigatto gozaimasu. And she kept on talking.

She did not stop until we reached the top. Just as the elevator stopped, she bowed one last time and was finished. Perfect timing, I guess it’s not her first time doing the speech. 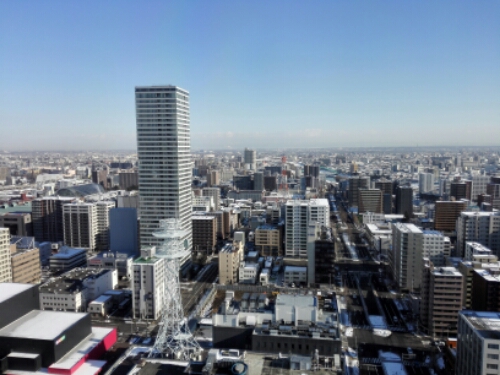 A lttle snow had fallen a few days before christmas

Sapporo TV Tower, built in 1957, is 147,2 meters tall. Originally built as a tower to transmit TV signals to Sapporo, today it works as a repeater for radio signals in the city. The observation deck in the tower is at 90 meters. 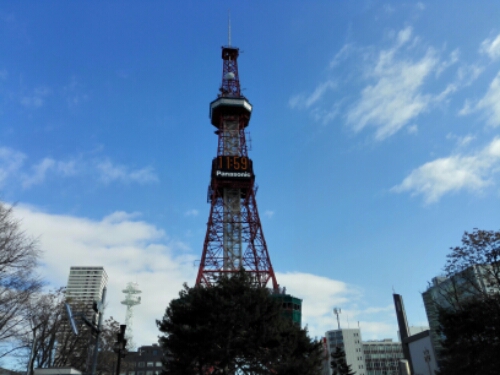 The tower is easily spotted from Odori park, large digital clocks have been installed on each side of the tower, about 65 meters high, since 1961. 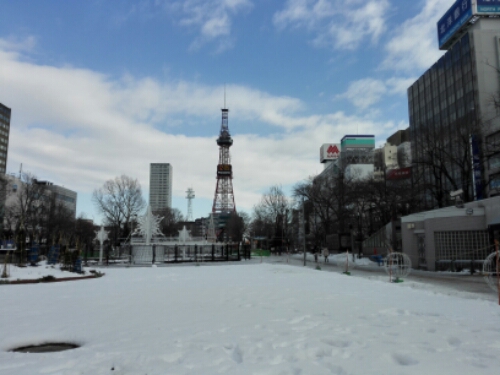 Odori Park with the TV Tower in the distance

The view from the top is amazing. All of Sapporo lay below me, snow covered mountains in the distance. It was a clear day, no clouds to block my sight.

To the north was the train station, a huge building, countless train tracks running in all directions from it. In the other direction I spotted a Ferris Wheel among the high-rise. Another great view of the city I guessed. 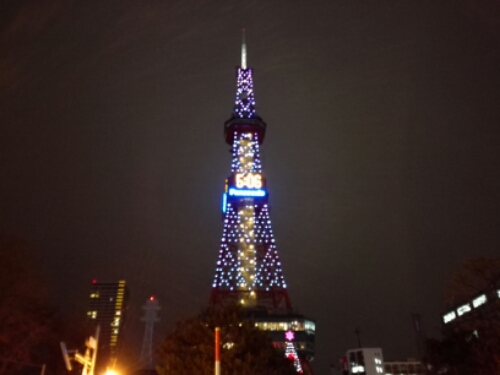 A digital clock can be seen on the tower

Odori Park, a large park in the middle of Sapporo, ran westward from the base of the tower. The park is all lit up for christmas, christmas lights everywhere. Every tree is lit up. 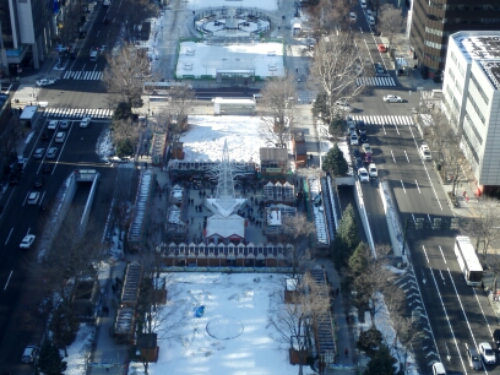 The Christmas Market in Odori Park

In the park, just hundred meters from the tower, there is a christmas market at the moment. Many stands are set up, selling christmas decorations, food, beer and glühwein. The market is crowded as usual, tiny little people milling about, seen from the top of the tower.

After about half an hour on the observation deck I had seen enough, got in line for the elevator, the elevator girl did not talk at all on the way down, just pushed the buttons and stood there in silence, smiling and bowing. 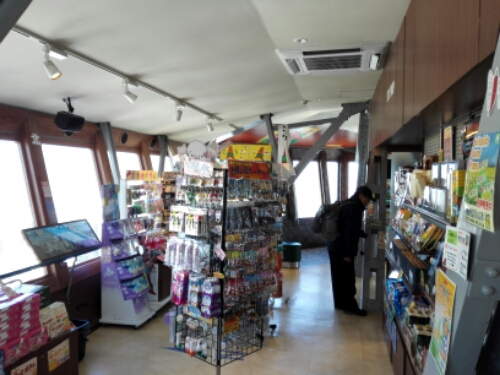 The souvenir store on the observation deck

When I got out if the elevator they tried to sell me the souvenir photo taken of me on the way up, I had no intentions of buying, smiled and walked past the sales attendants. Walked out into the cold December day.

Sapporo TV Tower gives a great view of Sapporo, entrance is cheap, and as a foreigner you get a special discount in the souvenir store. If visiting Sapporo, a trip up in the tower should be on your to-do list. 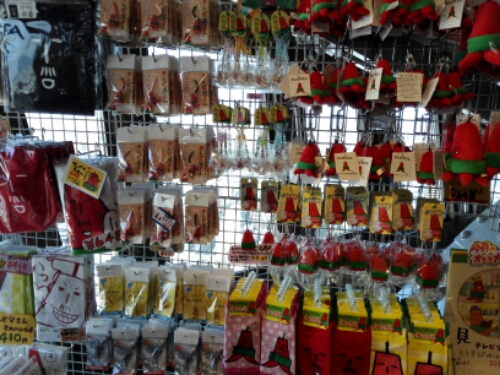