I moved to Stockholm, Sweden in January 2017.

When I put down the phone it started to dawn on me. Little by little. This was a big decision I had made, life-changing. And I had made it without really thinking it through. Things had happened so fast, no chance to think. I had been on holiday in Japan and Taiwan most of the time as well. Had I made the right decision?

It was a monday in Tokyo, two weeks earlier, I had been in Japan for just over a week now. Part of the time in Tokyo, part of the time in Okinawa. I had experienced a lot, met some great people, eaten lots of good food. Little time to rest, most of the time I was out and about. Today I was at home though, stayed in my room all morning with my iPad. Preparing for a job interview. Not for a job in Japan, but for a job in Stockholm, Sweden. The interview would be done over skype. 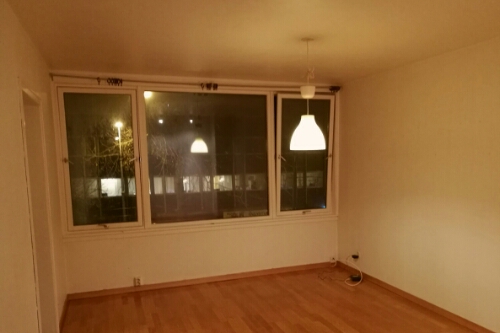 Apartment is empty. I am ready to leave

At the agreed time I got the call, and after some connection issues in the beginning, we soon had a clear picture and good sound. Other than me sitting in Tokyo it was like any other job interview I have been to. That, and the fact I could use skype and the wifi connection to my advantage. Whenever I needed some time to think I blamed bad connection and asked for the question to be repeated, giving me time to think.

The interview took almost an hour, and for the next hour I kept thinking about it, wondering how it had gone. I then went out to eat at a great izakaya nearby, followed by a concert at a live house with some local bands. I totally forgot about the job and the interview, and hardly thought about it for the last two weeks of my trip 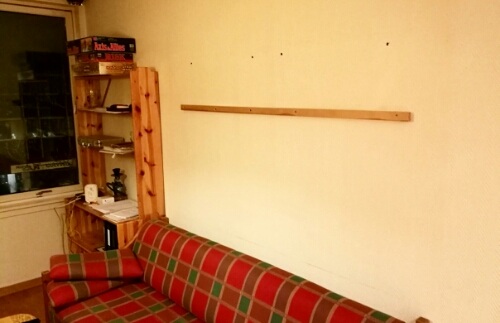 My apartment slowly got more and more empty

My first day back at work after my trip was horrible. I had arrived in Norway only the night before. I was tired, I was jet lagged, I was depressed. I love travelling and hate to come home, it always take some time for me to adjust. The first day at work went by in a blur. On my second day I got a call from Sweden, I was offered the job. I suddenly had a big decision to make, and had to make it very quickly. I kept postponing the decision as long as I could, in the end I had to make a choice.

I started packing and cleaning early. With over two months left before my move, I already began putting my books in boxes, putting stuff I could do without for the rest of the year away. I would keep most of my stuff in storage in my apartment building in Trondheim. The move is not permanent. Yet. My plan is to move there and see how I find it, take it a year at a time. If the move becomes more permanent I can always come back for the rest of my stuff. For now I try to bring as little as possible to Stockhom. 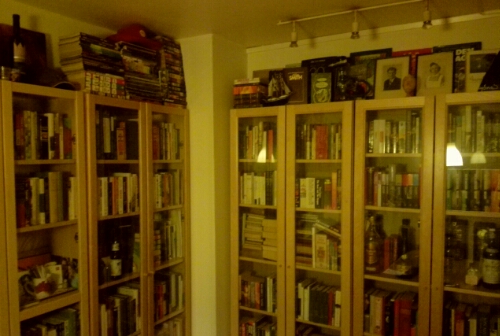 Some of my books that needed to be packed

I love my books, all 1800 of them. They take up most of my livingroom, bookshelf after bookshelf with books. I can walk along my shelves for hours, just looking at the backs, remembering the stories, going through my section of travel writing and dreaming of new places to visit. My library is a big part of me, but when packing my apartment I have to admit I hated them for a while. Packing almost 2000 books is a massive job, not only putting them in boxes, I then had to carry them all down two flights of stairs, down to the basement, where I am storing them for now. The task never seemed to end. Box after box I would haul down, sweating, panting. Books weigh a lot.

I am currently sitting in my almost empty apartment. My move is only a few days away. Just a few more hours of packing and cleaning left and I am done. All my books are stacked downstairs now, my back is still functioning, and I am quite sure all the work has gotten me in better shape. I am almost ready to move now. My last day at work in Trondheim is tomorrow. Then there is the New Year’s celebration and on January 1st I will get on a plane for Stockholm. 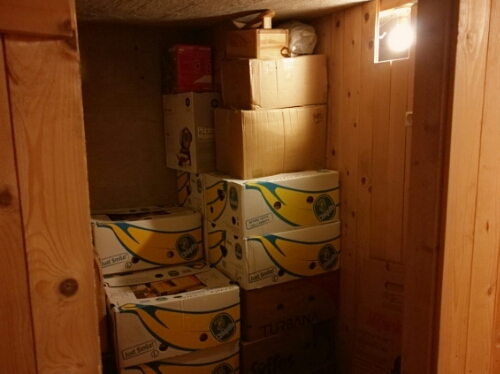 My books stacked away in the basement

Once the decision was made, it seemed a big weight had come off my shoulders. Now it was decided, there was no way back. I had made my choice. All I could do now was make the best of it. I am moving to Sweden, in less than three months I am leaving Norway. I sat down, made a list of all the things I needed to do before then. It turned out to be more than I thought. The end of 2016 was a busy few months for me.