I went sightseeing in Rome in April, 2008

I didn’t quite see what the thing with the Spanish Steps was. They were steps. Maybe more beautiful than other steps, I don’t know. I just did not see it. Tourists filled the steps taking pictures, selfies, blocking the way. We did the same ourselves. Have to document that we had been here. 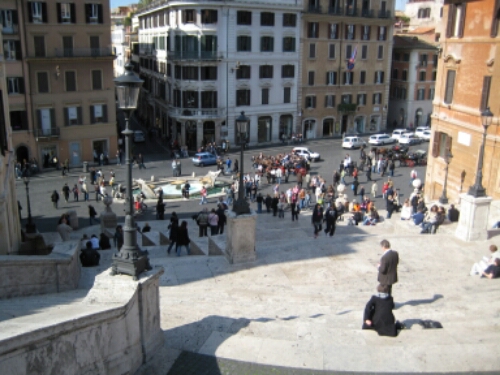 The Spanish Steps were finished in 1725, after centuries of discussion on how to develop the steep slope of land. The steps were built with funds donated by a French diplomat and designed by Francesco de Sanctis. 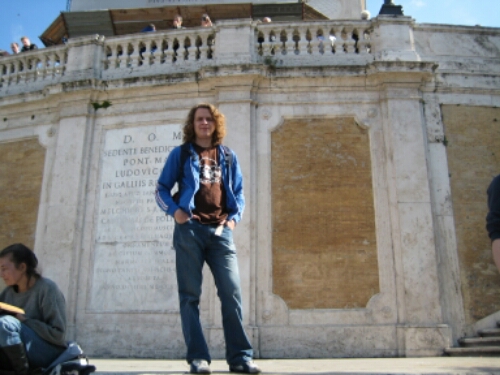 On top of the Spanish steps

I didn’t mind when we walked away, headed for the Trevi Fountain. Maybe it was just me, I just didn’t see what the fuzz was about. Almost everyone going sightseeing in Rome visits the Spanish Steps, I don’t understand why.

The Trevi Fountain impressed me more. A beautiful fountain. The marble sculptures on top of the rocks, the rocks look unplanned, not sculptured, like the fountain was put there by accident. The sculptures look well made though, amazing craftmanship. It almost looks like they are in motion. And over the rocks flows the clear water. 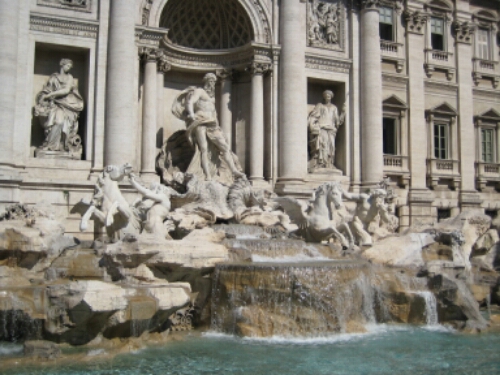 The Trevi Fountain stands at the terminal point of the system of aqueducts that supplied ancient Rome with water. Like the Spanish Steps it was built after a competition, the winner got to design the fountain. 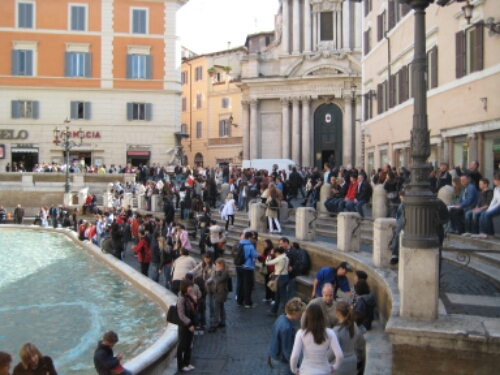 Crowds of tourists watching the fountain

The contest was won, eventually, by Nicola Salvi, who started construction on the fountain in 1732. Salvi died in 1751, not able to see the fountain as it was finished in 1762. Today the fountain is one of the more popular sights in Rome, especially to throw money into it, for good luck or something. 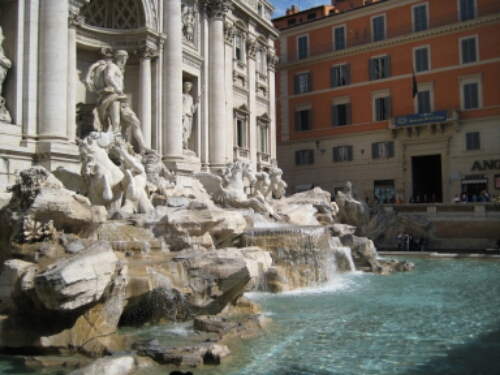 As we left the fountain we stopped at a pizza restaurant, shared a pizza before continuing on. As always in Italy, the pizza was magnificent. A thin, crispy crust. Perfectly cooked. Topped with tomato sauce, pepperoni, cheese. Incredible flavour, a great lunch.

As we entered Pantheon I was truly impressed, just the scale of it was amazing. The height of the ceiling, the massive walls. Imagining it being built almost 2000 years ago. With no modern tools, limited machinery, no electric power and no power from combustion engines. The ceiling loomed far above us, building something that high is quite a feat. 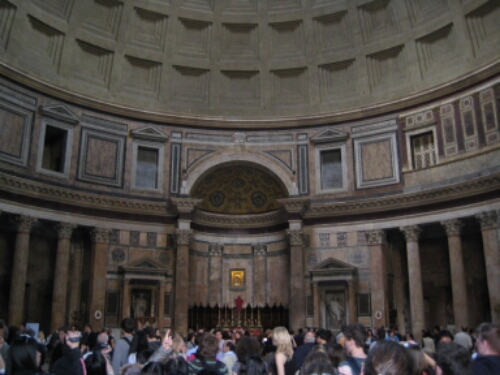 It is crowded inside the Pantheon

The Pantheon is the most preserved of all old Roman buildings in Rome, much to do with the fact it is still in use. Today the Pantheon is used as a church by catholics, with mass held every sunday, as well as a tourist destination. 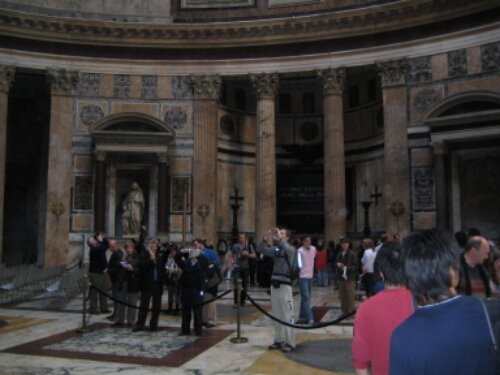 It was getting late, we had a train to Terracina to catch. We headed back towards Termini, the train station. We had a great time in Rome, not just seeing the sights, but also trying the pizza, and just walking around in the streets of the city. Rome is a city full of sights, we only had a day here, and had only seen a few. I know I will return to Rome someday.