I am a big fan of beer, and love to try out the local brew when travelling. I was a bit disappointed about the beer in Ukraine, most places seemed to have imported beer, the normal boring stuff like Carlsberg and Heineken, I had not found many places serving local Ukrainian beer. Maybe I had simply been to the wrong places, I don’t know. But on my last day in Kyiv I found Beer Dream.

It was only a short distance from Maidan, I had spent a lot of time in the area, but had not been up that particular street. On my last day I was just walking around, no plans in mind, just walking streets I had not walked before. The sign was easy to see. A large banner outside a bar. Ukrainian Beer it said. I had to go in. 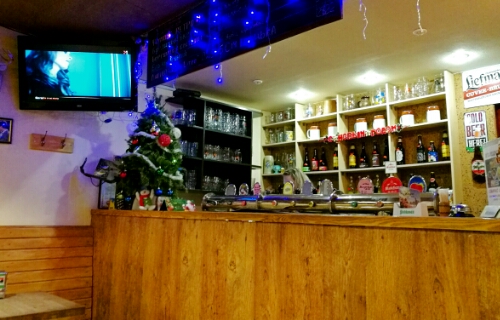 Tha bar itself wasn’t particularly impressive. A few tables and chairs, little decorations. Looked more like a cheap fast food restaurant to be honest. But with over 20 different kinds of Ukrainian beer, all for under €2 I was satisfied. It was nice to get out of the cold as well. Inside it was warm, even if it wasn’t so cosy. The place was empty, I found a seat far away from the door, took off my jacket, then headed for the bar. Started at the top of their menu.

The bartender was sitting behind the bar, watching TV. Didn’t seem that interested in serving me. Tore herself away from the screen, poured my beer, took my money and returned to the TV. Didn’t say a word the whole time. As long as the beer is good, I thought, and found my seat. 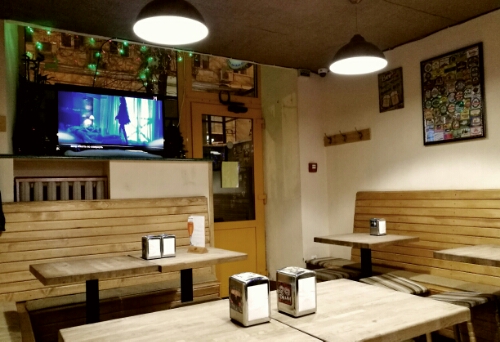 I tried a few of their beers before leaving. After a while a few more people entered Beer Dream as well, a large group of friends occupied one of the tables, ordering beer after beer and large servings of food. I had not been particularly impressed by the pub food in Kyiv so far, opted to go to a restaurant to eat instead. The bartender kept sitting behind the bar, her eyes glued to the TV. No service at all here. I felt lucky everytime she poured me a beer. Would she eventually refuse? Not be bothered anymore? At least I did not have to leave a tip, some service is required for that.

Beer Dream is not a place I would return to that often. One time on my trip was enough I felt. I got to try a few Ukrainian beers, regain some warmth after having been out in the cold. The bar had no atmosphere, no soul to it. A lifeless, sub-standard bar, not the place where you would meet people. But they had a good selection of Ukrainian beer, the best I found in the city. If I return to Kiev I guess I would return here, if only to try some more local beer. That is if I don’t find another bar with a similar selection. 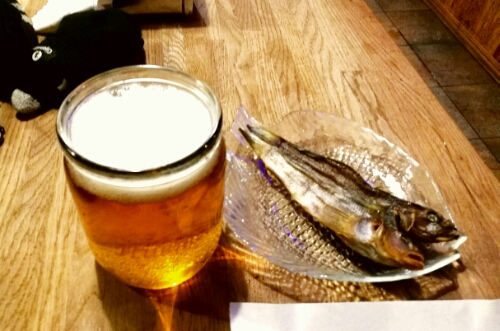 After a few beers I got up and left it was time for some food. I had to figure out which restaurant to visit. I put all my clothes on and walked out into the cold Kyiv air. I had to find a place to eat nearby, it was too cold to walk far.

10 thoughts on “Ukrainian Beer at Beer Dream in Kyiv”