I went to the festival Jazz in Duketown in ‘s-Hertogenbosch in May, 2016

As we got to Parade, an open square in the city of ‘S-Hertogenbosch, the concert had already started. The square wasn’t full though, we could get quite close to the stage if we wanted. I fished out two beers from my bag, gave one to my friend, as we walked through the crowd. In the back were stands selling food, bars were placed on each side of the square. Most people had gathered close to the stage, but groups of people were standing further back as well. We found a place a bit from the stage to stand. We could see the stage just fine, the sound was great, and not too many people around. 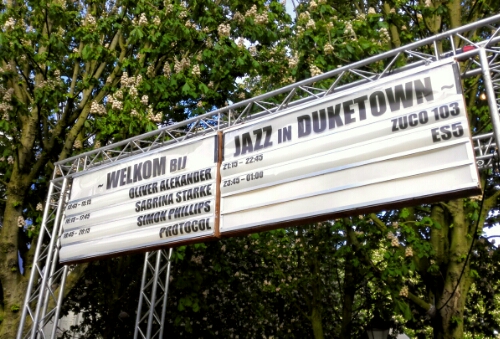 The entrance to Parade

We were at ‘s-Hertogenbosch, a Dutch town 1,5 hours south of Amsterdam by train. This weekend it was home to Jazz in Duketown, a free Jazz festival with stages set up all over the city. We had travelled from Amsterdam to watch Simon Phillips who was playing here tonight. My friend had at least, I had no idea who Simon Phillips was at the time, and came along for the chance to see more of the Netherlands and go to a free concert. 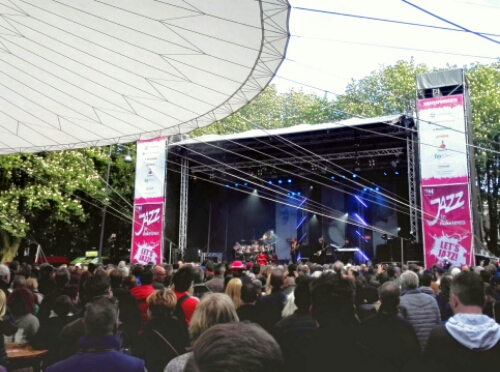 The concert was great, I liked the music. We missed the beginning, but still got to watch for a long time. I truly enjoyed myself. Simon Phillips is an experienced and able drummer, maybe best known for his 22 years playing drums for Toto. 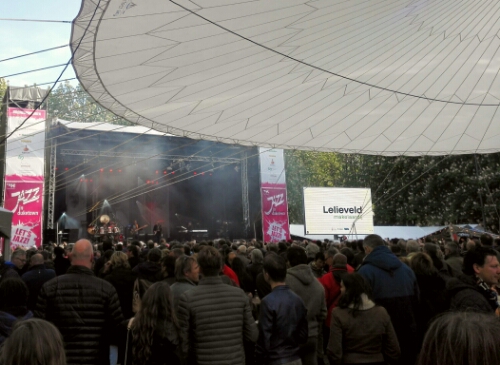 Our view of the stage

As the concert finished, the square slowly cleared, the people heading for another stage or a restaurant or bar in the city. What was left was a massive pile of garbage, the square littered with empty plastic cups, disposable trays and cutlery. I alway thought the Dutch were a neat people, but clearly not at festivals. This was the total opposite to Fuji Rock Festival in Japan, where I saw hardly any garbage on the ground. I made sure to throw away my trash in a bin. 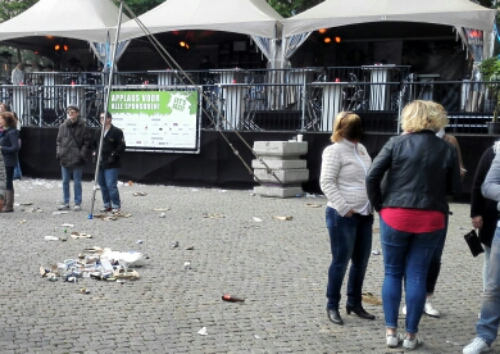 Some of the trash

As we walked through the city, looking for a place to eat, live music could always be heard. Sometimes close, sometimes in the distance. A lot of people were out walking, bars and restaurants were full, the food trucks had long lines in front of them. We stopped at a stage we passed, to watch a Norwegian band for a while. It wasn’t a big stage, but it was packed. And everybody looked happy. 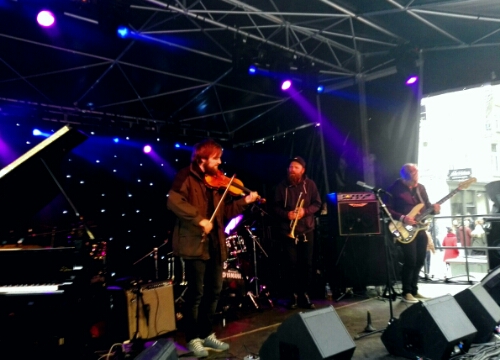 Jazz in Duketown is one of the largest jazz festivals in the Netherlands, run entirely by volunteers. It has now been held for over forty years, and every year it draws a bigger and bigger crowd. 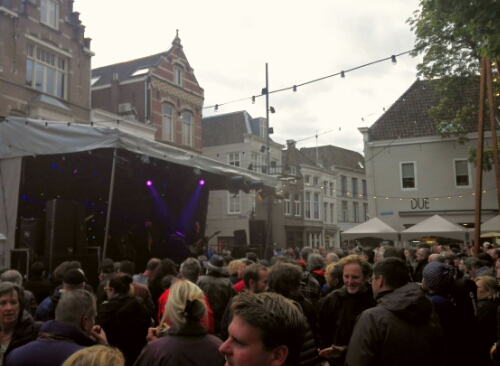 As we headed for the station, we had to leave in order to catch the last train for the night, we both agreed to one day return to the festival, and stay longer than just one night. Jazz in Duketown looked to be a fun festival, small and intimate, with good music, in a beautiful town. Leaving Amsterdam for a day, to attend the festival, had been a great decision.