I visited Taipei and the Shilin Night Market in September 2016

A deafening roar startled me, I skipped a heartbeat or two. It sounded like a jet plane was coming up right behind me. I turned around, saw nothing. Then caught a glimpse of something passing by above me. Looked up. It was a plane, a passenger plane. Flying not far above the roof tops of the high rise surrounding me. The sound was so loud, it would be impossible to have a conversation right now.

I remember that one of Taipei’s airports lay in the middle of the city. I had to be just under one of its flight paths. And I was in the middle of a residential area. How could people live here, with this noise every now and then. How could people sleep? How could this be allowed. This was certainly noise pollution of an extreme kind. The plane disappeared behind one of the buildings, could still hear it for quite a while. I continued walking down the street, hoping I was heading in the right direction. 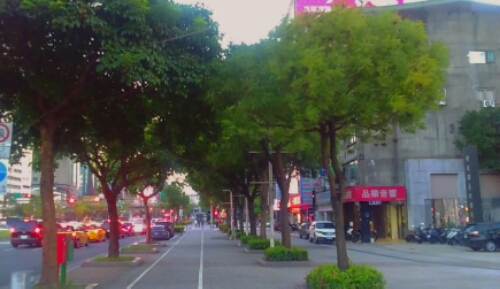 I was heading for the Shilin Night Market in Taipei, it was about six in the evening, I had been walking for an hour already. Taipei has a very extensive, clean and efficient metro system, so far on my trip I had been using it to get around, but today I felt like walking. There is really no better way to experience and get to know a city I think. On the metro you quickly go to your destination, but do not see anything in between your stops. You go from one tourist attraction to the next, everywhere it is crowded, you always know where you are and what you will see.

When you are walking there is always something new coming your way, you never know what to expect around the next corner. Suddenly a small side street or back alley beckons you, you deviate from your route, end up somewhere unexpected. Maybe you discover a cool little bar or a great local restaurant. I always try to walk a lot when travelling.

I set out from my airbnb apartment in Ximen at 5 pm, headed north in the direction of Shilin Night Market. It was a warm day, the sun was still up but starting to set. Ximen was bustling with people, for a while I found myself in the middle of a political protest. As I left Ximen the streets were more quiet. I checked my location on Google Maps every now and then, making sure I was heading the right way. 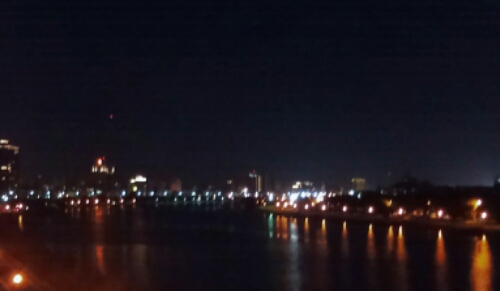 My walk really gave me a new impression of Taipei. I walked down dark alley ways, no street lights, no people. Suddenly turned a corner and found a large crowd gathered outside a temple. I passed countless stores selling everything from Chinese medicine and traditional Taiwanese food, to bicycle helmets, computers and gadgets. I passed small repair shops, an old man sitting inside, waiting for customers. Numerous 7-Elevens, beef noodle restaurants and western coffee shops. A whole new view of Taipei from what I had so far. 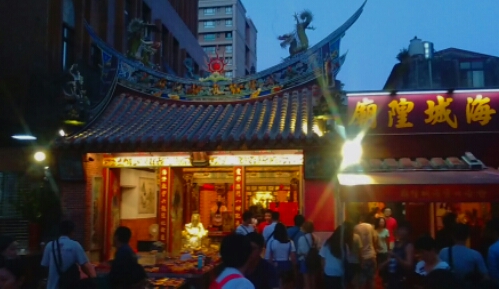 I crossed a massive bridge on a small sidewalk, scooters, cars and trucks passing just a meter away from me, at very high speeds. After leaving Ximen I did not see a tourist at all, not until I was nearing Shilin night market, then the throng of people started to increase again, both locals and tourists. When I finally reached Shilin, it took me just over two hours, the crowd of people felt claustrophobic. I had been walking by myself, just enjoying the city, lost in my own thoughts, for a very long time. To suddenly be in such a mass of people almost felt uncomfortable. I was tired as well, thirsty, hungry. I headed straight for the Funky Fresh Bar, I needed a beer and some bbq skewers. The bar was almost empty when I arrived, I had no problem finding a seat at the counter. Ordered a beer, told the bartender I was really thirsty. I had walked all the way from Ximen. 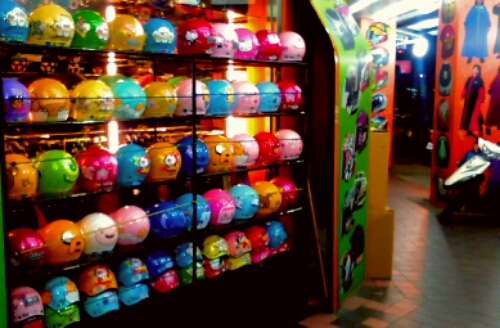 ‘What!’ She exclaimed with surprise in her voice. ‘All the way? How long did that take you?’ She could not believe me at first. No one would walk all the way from Ximen. Why not just take the Metro? I was glad I did though, I love walking. I had seen so much of Taipei. Places I would never see if taking the Metro like a normal tourist. For the rest of the evening the bartender could not stop talking about my walk. She just could not believe it.

When it comes to experiencing and discovering a new city, walking is the best way I think, and I always find time for at least one long walk every time I travel. What about you? How do you like to discover a new city? Walking? Guided tours? Or just using public transportation to go from place to place? Maybe you have had some nice walks in unfamiliar places as well? Please share your thoughts and experiences in the comment section below.