Bobby Fischer is one of the most known chess players of all times. From a poor American family he rose to the pinnacle of the chess world, winning the World Championship in 1972. From there followed a steady period of decline until he was arrested at Narita Airport in Tokyo in 2004. After spending almost a year in Japanese detention, he was rewarded a citizenship by Japan, and spent his last years in that small country up north. He died in Iceland in January 2008 and was buried just outside Selfoss, a small town in South Iceland. 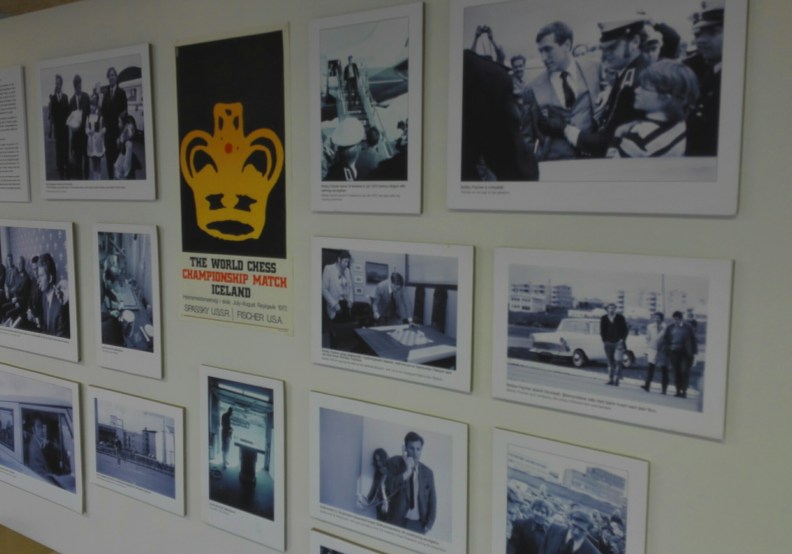 From the Bobby Fischer Center in Selfoss, Iceland

My blog posts about the World Champion

When visiting Iceland in March 2016 I had to pay a visit to his grave and the museum that has opened nearby. One of my days in Iceland I dedicated to Bobby Fischer.

I started by visiting Bobby Fischer’s grave at a small chapel outside Selfoss. I was not the first chess enthusiast to visit, already a chess piece lay by the grave.

I then headed for the Bobby Fischer Center in Selfoss, a museum dedicated to him, but it was closed and would not open for another hour or two. That gave me a chance to explore the town of Selfoss, a small town, with not much to offer.

Finally the Bobby Fischer Center opened, giving me a chance to learn more of the famouns Chess World Championship held in Iceland, as well as of Fischer’s last years in Iceland.

At last, back in Reykjavik, I visited Bokin, my favorite second hand book store in Iceland, and also a favorite on Bobby Fischer. This is where he would spend his days, reading any book he found interesting.

If you are interested in reading more about Bobby Fischer I recommend the book Endgame by Frank Brady, a book I have reviewed on my blog.

These are my blog posts about Bobby Fischer and Iceland. I hope you enjoyed them

Return to my Chess and Travel Page