Niseko is a small village in western Hokkaido, Japan. With only 10.000 inhabitants, Niseko welcomes around 200.000 visiters every winter season. It is a famous resort for skiers, offering some great powder snow and great opportunities for skiing. It is one of the most reliable paces for snow in the world and skiers come from all over the globe to ski every winter. For more information about Niseko, se my blogpost Niseko Village in Japan.

How to get to Niseko

As for getting all the way to Niseko, you have a few options. Travellers with a Japan Rail Pass might opt for taking the train, a trip of 3 to 4 hours. First catch a train to Otaru, then change to a train for Kutchan. Be aware that the train station called Niseko is actually further away than Kutchan. From Kutchan you will then need to take a 15 minute taxi ride for about 3000 yen to reach Niseko Village.

You can also take the bus to get there, a 3 hour ride, for about 4000 yen. Buses depart the airport every half hour, and the route is serviced by several companies. A quick google search will bring up the different companies, and booking the tickets online in advance is usually cheaper. The bus stops at all the major resorts in Niseko. 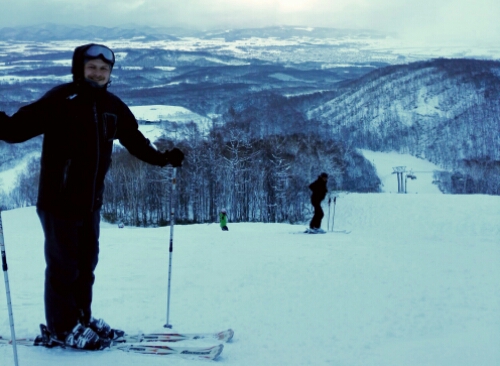 It is also possible to rent a car and drive on your own, just remember you need an International Drivers Permit to drive in Japan. I also advise against renting a car if you have little experience with driving on snowy and icy conditions. Hokkaido gets a lot of snow during the winter, roads can be slippery, and visibility limited due to heavy snowfall. If driving in the summer, this does of course not apply.

My visit to Niseko

I went skiing in Niseko in December 2015. I girl I met at Fuji Rock Festival was going skiing with a group of friends, and was kind enough to invite me. I am so happy she did. The trip turned out to be an amazing experience, a great time, and a chance to better get to know Japan. It is funny how a trip to Fuji Rock Festival in the summer resulted in a skiing trip to Niseko five months later. 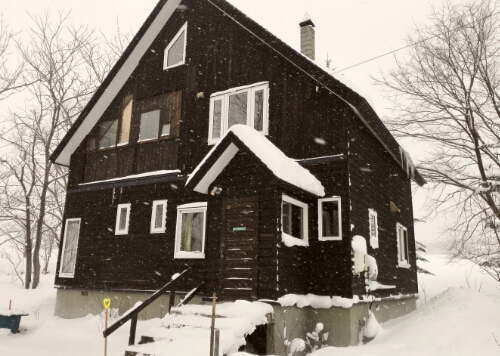 The lodge we rented

I had spent a few days in Sapporo before going to Niseko. As my friend was flying in from Tokyo, I caught a train to the airport and met her there. Together we took a bus to Niseko. The rest of her friends had already been there some days. When we arrived in Niseko they were already out skiing, we would meet them in the evening. We quickly rented the gear we needed and took to the slopes.

The three days I spent in there were all quite similar, but also very different. We would get up in the morning, take to the slopes, spend the whole day skiing. After a long day out in the cold we would warm our bodies in the onsen, or hot spring, before heading home to eat. The snow in Niseko was superb. Great powder snow, and it kept snowing all day. It is one of the best places I have skied in my life. The only problem was that quite a few lifts were closed due to high winds. I could not take advantage of the whole mountain.

There is nothing better that sinking into a hot pool after a long day out in the cold. As soon as we were done skiing for the day we headed for the nearest onsen. We could spend well over an hour in the water. Just enjoying the warm water, chatting, letting our sore muscles relax. Eventually we would get up from the water, get dressed and head back to our lodge. Usually we would cook food there, one of the days we went out to eat at a local Okonomiyaki restaurant. Personally I preferred eating at the lodge, it is not often I’ve had the chance to try homemade Japanese food. 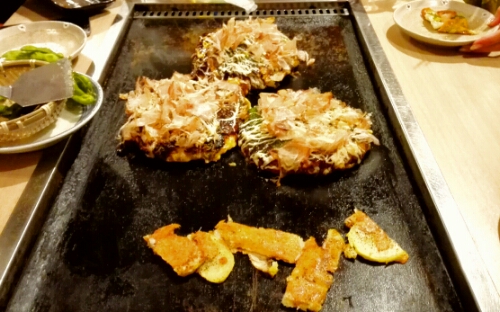 My thoughts about Niseko

My trip to Niseko was great, I would love to return in the not too distant future. The slopes were amazing to ski on. Plenty of fluffy powder snow, many great trails and little waiting in line. Prices can be a bit steep, but as for the quality of the slopes it is totally worth it. There is also a large number of places to do some off-piste skiing in addition to the official trails.

I did not get much time to see the village at night as every evening was spent in the lodge we rented. I would assume the majority of people in bars or clubs are foreigners though. American, Australian, German and Chinese were the most common nationalities it seemed, the three former usually working at the resorts, the latter there to ski. If visiting the convenience store in Niseko remember to be patient. The line there sometimes went through the whole shop. You need a car to visit the super market, most visitors opted for the convenience store it seemed. 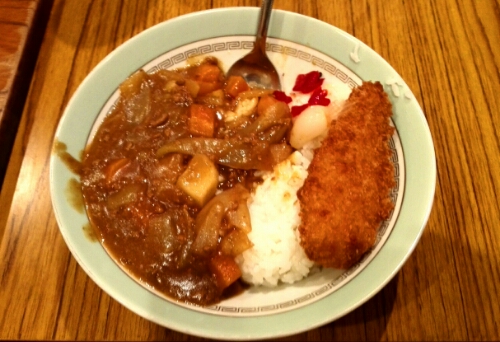 The Official Tourism Site to Niseko

A Travel Guide to Niseko by Japan-guide.com

All my stories from Niseko

Onsen and Okonomiyaki. Afterski in Niseko

The Perks of Travelling

Return to my Japan Guide.