A Guide to Sarajevo

Sarajevo, the capital of Bosnia and Herzegovina, is a wonderful city, a meeting place of cultures, where the east meets the west. A city where a church, a mosque and synagogue are to be found on the same block. A cit in which different nations and religions have co-existed for centuries. Torn apart during the civil war in the ninetees, the city is trying to mend its wounds, both physical and emotional.

While Bosnia and Herzegovina still is a poor country by European standards, I have never been to a place where I have seen more people be tolerant to and give money to beggars than Sarajevo. And getting to know the locals was very easy, a lot of the time they were the ones approaching me, wanting to get to know me. The people of here are some of the nicest people I have met and the city must be one of the safest cities in Europe. 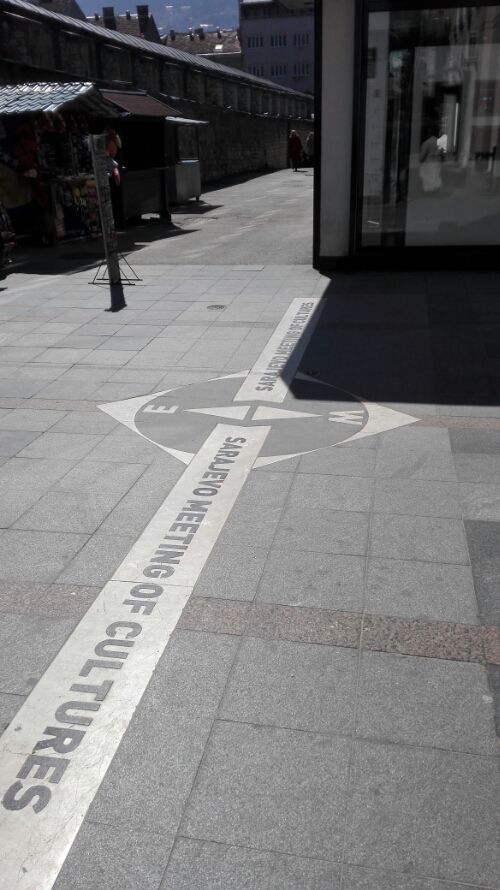 The meeting of cultures

Sarajevo is also a city of great food, great culture, lots of history and so much to see. When I first told people I was going to Sarajevo they were quite sceptical. They wondered if it was safe as the city is still mostly known for the Balkan War in the 90s. I had to remind them that was twenty years ago. 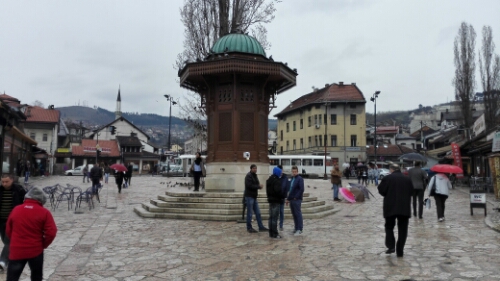 The Besilj on Pigeon Square

The war in the 90s still leaves its mark on the city. Buildings still bear bullet holes and scars after mortar impacts. The war is remembered by the many Sarajevo Roses scattered around the city. When knowing their history they are a chillling reminder of the brutal war that was fought here. The war and siege will never be forgotten.

When visiting Sarajevo a visit to Bašcaršija is recommended. An old Turkish bazaar in the old town, it has many restaurant and bar, as well as more than enough souvenir shops. The old city of Sarajevo offers a glimpse into history. Not far from Bašcaršija lies Sarajevo City Hall, originally an old library, now rebuilt after its destruction during the war. 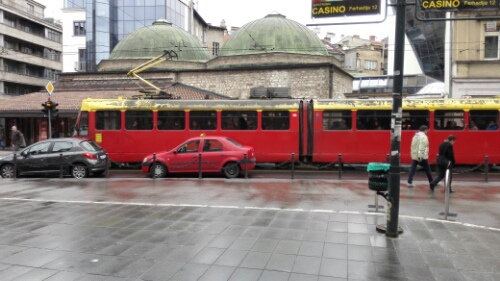 For great views of the city you can visit Avaz Twist Tower and Radon Plaza. Avaz Twist Tower is the tallest building in the Balkans, while Radon Plaza has a revolving restaurant on the top floor, letting you have a wonderful meal while ejoying the view.

As a chess player I also enjoyed the daily games of chess in Sarajevo, being played on the square in front of the Orthodox Cathedral. Every day a large group of old men gather to play chess and socialise. 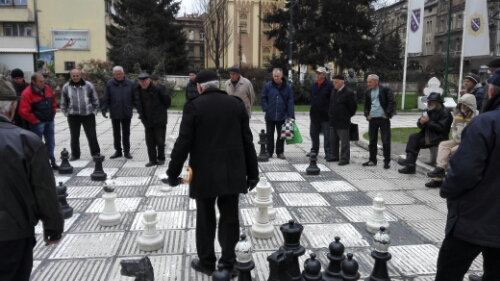 Daily games of chess outside the orthodox cathedral

Just outside the city, in the village of Ilidza, lies Vrelo Bosne, a beautiful park and the spring of the river Bosne. Vrelo Bosne lies at the feet of Mount Igman, a mountain made famous by the Balkan War. Ilidza and Vrelo Bosne is easily reached by tram from the city center. 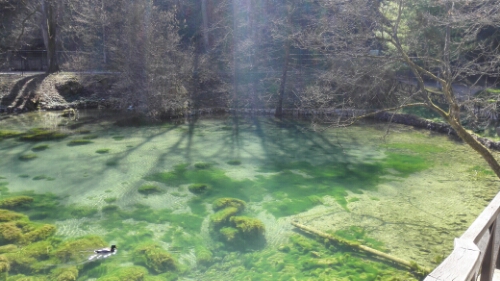 Not far from Vrelo Bosne lies the War Tunnel Museum, telling the powerful story about how a small tunnel kept the city of Sarajevo alive while Serbian troops besieged it. A museum in private hands, it tries to let future generations know of the horrors of war, and thus create peace in the future. It can be a bit hard to reach, no buses or trams go there, but the museum is worh a visit. You can either go by taxi from Ilidza or join one of the organised tours that visit. 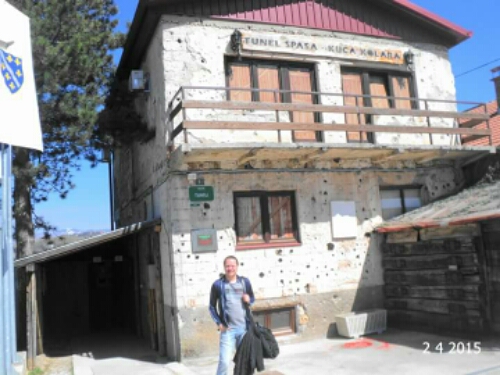 My trip to Sarajevo was great. I had great hopes for the trip, found a perfect place through airbnb to stay at, and a friend of my mum who lived in the city turned out to be the most perfect guide. I quickly fell in love with the city and hope to return in not too may years. I have no problem recommending a visit to this interesting city in the Balkans.

It is also possible to do a day trip to Mostar and see the beautiful Old Bridge there. Buses from Sarjevo to Mosta takes a few hours and leave from the main bus station, right next to the train station. I have written about my trip to Mostar in these two blog posts: 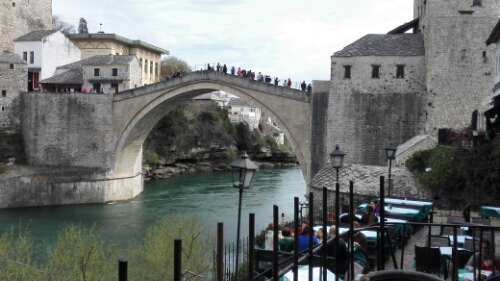 The Old Bridge in Mostar

On my blog I have also reviewed Sarajevo Marlboro and The Cellist of Sarajevo, two books of fiction about Sarajevo during the siege. More book reviews of books from Sarajevo will follow.

Bašcaršija and the Old Town of Sarajevo

The Countryside in Bosnia

Book Review: The Cellist of Sarajevo

Return to The Balkans Travel Guide