I have only been to the Balkans twice. In 2010 I visited Dubrovnik for a week and in 2015 i visited Sarajevo and Mostar for four days. 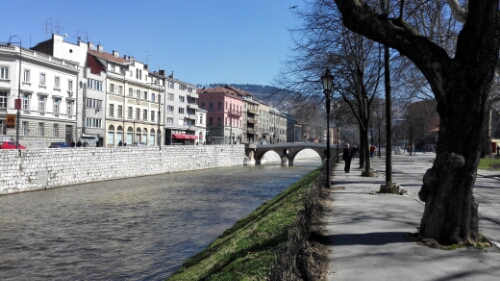 So far the Balkans have not let me down. The region offers great food, good weather, low prices, lots of history and the people are great. It is a charming part of Europe, with small villages, fantastic beaches, great cities and amazing nature. I know I will return to the Balkan countries sometime soon. 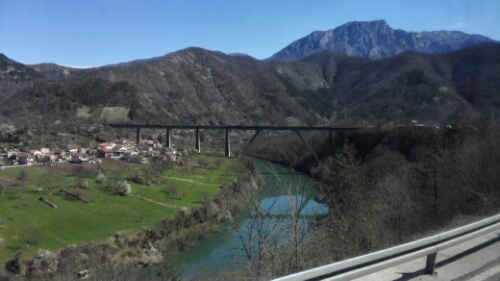 Dubrovik, Croatia is a beatiful old town on the shores of the Adriatic sea. With warm weather and lots of sun, Dubrovnik is a popular tourist destination. It is also popular with cruise ships. My Dubrovnik Page offers more information. 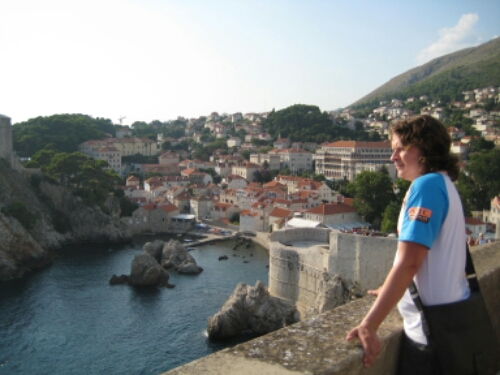 Standing on the Old Wall of Dubrovnik

During the easter of 2015 I spent four great days in Sarajevo, and quickly fell in love with this charming city. Old architecture, inspired by both the east and the west, the Ottomans and the Austrians, still marked by that horrible war in the ninetees. Still it is is such a friendly city, Sarajevo is a city that should be on your bucketlist. Read more on my Sarajevo Page 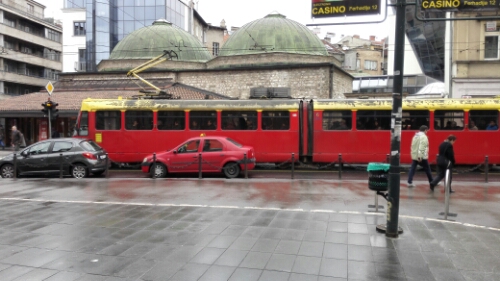 I loved the old trams in Sarajevo

A few hours by bus from Sarajevo, lies Mostar, a beautiful town with a very famous bridge. Destroyed during the war, the bridge is now restored as beautiful as ever. I took a day trip there while visiting Sarajevo. 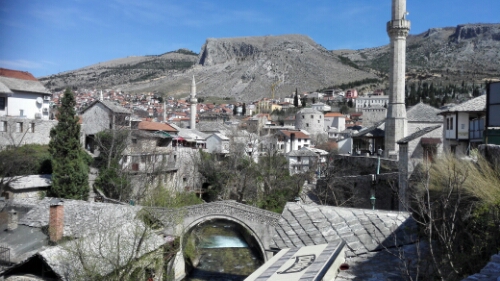 Book from the Balkans

I find the Balkans very fascinating and try to read as many books as I can from the area. Here are my book reviews about books from the Balkan area

The Cellist of Sarajevo

The Countryside in Bosnia